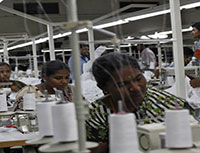 Since the last few years, the Indian textile industry has been facing problems like technological obsolesce, high input cost (power & capital), poor access to credit, fragmented units, absence of fiber neutrality etc. To address these issues, the government has been implementing various schemes over the years. It ... Read more

"The Sino-US trade war has dealt a heavy blow to the Chinese economy which is on a continuous decline. The textile and garment industry is also facing rough weathers due to the closure of several production units across the country. As official statistics by China Customs reveal, China’s total import and export v... Read more

"FY 2019 has been a mixed year for Indian textile companies. For smaller companies like Morarjee Textiles, Bombay Rayon Fashions, Mafatlal and JCT, it was a challenging year as their quarterly earnings slipped below given estimates. However, for bigger companies like Arvind Mills, Raymond, Vardhman Textiles and Grasim ... Read more

"Over 150 consumer-oriented public and private companies will make presentations before investors, analysts, traders and executives in Orlando, Fla at the 21st annual ICR Conference. However, before these presentations, companies including Urban Outfitters, American Eagle Outfitters, Lululemon Athletica, and Abercrombi... Read more 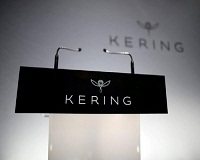 "In its ‘Global Fashion Index,’ McKinsey ranked the top fashion companies across the world by economic profit during the first nine months of 2018. According to the report, the global fashion market is dominated by 20 companies which account for 97 per cent of global economic profit in the retail sector. Th... Read more 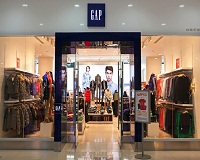 "Following a strong industry retail report of growth of 6.6 per cent and 6.4 per cent in June and July versus the previous year, and stellar results posted other leading like Urban Outfitters, much was expected from the company Gap Inc. However, the performance of the brand Gap left much to be desired. Gap Inc’s ... Read more

Facing financial pressures, is Alok Industries on the verge of cl… 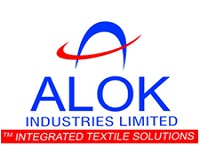 "Alok Industries, one of the most formidable players in Indian textile space, has been reeling under financial pressure and may soon be declared bankrupt if the dues aren’t paid. The current 270-day deadline for resolution set under the insolvency code is already over and the company management is trying to get s... Read more 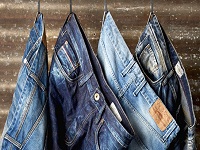 "India’s denim segment, with close to 10 per cent market share of the textile industry, is expected to witness deterioration in credit profile in the absence of improvements in realisations in FY18, says a recent report, ‘Stable Input Prices, Fiscal Incentives to Support Textile and Cotton in FY18’, b... Read more 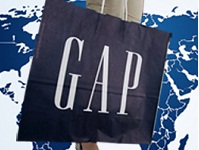 Aditya Birla Group planning another round of rejig

The Children’s Place aims for stronger focus on e-commerce

The Children’s Place is on a path to replace its over-reliance on traditi... Read more

Kontoor Inc., with a portfolio led by the Wrangler and Lee brands, has strength... Read more

Escada, the once high-flying brand synonymous with the big-shouldered Eighties ... Read more

In the first quarter of 2020, the revenue of the Lenzing Group declined by 16.7 percent in comp... Read more

Iconix Brands Group Inc has entered into an agreement to sell all its equity interests in Umbro... Read more

German shoemaker adidas has reported a 97 per cent decline in its net profit for the first quar... Read more

Gap Q4 sales up one per cent

For the fourth quarter Gap’s sales were up one per cent. However, Gap brand comparable sa... Read more

Ebitda margins of leading Indian textile and apparel companies have risen by one per cent durin... Read more

Coats revenue down two per cent

In Q4 Target sees a rise in its comparable sales

J Crew’s profits up 15 per cent

For the fourth quarter Puma’s net sales went up 20.6 per cent. There was double-digit gro... Read more

Bossini sales down 20 per cent

Hong Kong-based brand Bossini’s sales have dipped as much as 20 per cent. It began with c... Read more

A global Luxury group, Kering manages the development of a series of renowned Houses in Fashion... Read more

Ralph Lauren profit up 58 per cent

Levi Strauss is set to open 100 stores in 2020, as the denim giant is seeing strong gains on th... Read more

M&S sales down three per cent

The recent strike by the transport sector is going to have adverse impact on exports as there a... Read more

H&M sales rose nine per cent in the fourth quarter. The fashion retailer is on course to in... Read more

Century Textiles stock up 30 per cent following demerger of business

Century Textiles & Industries stock have zoomed 30 per cent in the past two months followin... Read more

Jabong revenue up 19 per cent

Jabong’s revenue went up 19 per cent in the current fiscal. The cost of the online porta... Read more

As per the Bain-Altagamma 2019 Worldwide Luxury Market Monitor, the global luxury market grew b... Read more

Pum’s yearly sales up 13 per cent

Puma’s yearly sales have risen by 13 per cent. The German company has increased its sales... Read more

According to the documentation sent by the Alyternative Fixed-Income Market (Marf), one of the ... Read more

Burberry profit up 11 per cent

For the first half of the year, Burberry’s profit increased by 11 per cent. After remodel... Read more

Sales of the Global Fashion Group have risen 22.8 per cent in the third quarter. Net merchandis... Read more

Sales of the Global Fashion Group have risen 22.8 per cent in the third quarter. Net merchandis... Read more

Iconix Q3 revenues down 23 per cent

For the third quarter revenues of Iconix decreased by 23 per cent. For the nine months ending S... Read more

Salvatore Ferragamo, one of the global leaders in the luxury sector, in a meeting chaired by Fe... Read more