"Indian Spinners Association (ISA) are opposing the continuation of anti-dumping duties (ADD) on viscose staple fiber (VSF) citing that it will have a negative effect on the textile sector in India, which is reeling under high cost of production and sagging export demand."

Indian Spinners Association (ISA) are opposing the continuation of anti-dumping duties (ADD) on viscose staple fiber (VSF) citing that it will have a negative effect on the textile sector in India, which is reeling under high cost of production and sagging export demand. The spinners’ body’s firm stand, which is a major segment of the Indian textile chain, assumes importance in the backdrop of Directorate General of Anti-Dumping & Allied Duties (DGAD) initiating a sunset review investigation for assessing the need for continuation of anti-dumping duties on viscose staple fiber excluding bamboo fiber from Indonesia & China. 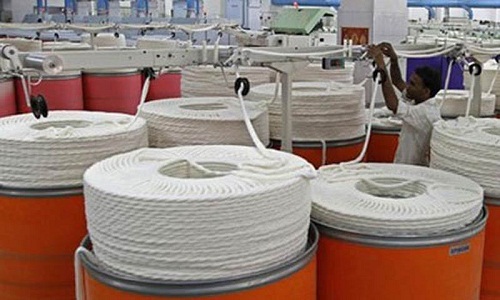 Incidentally, VSF is one of the major inputs for manufacturing of man-made fiber yarn in India and is mostly used for the manufacture of fabrics made of poly-viscose (PV yarn) and 100 per cent viscose yarn. Aggrieved by the unwarranted tariffs and undue protection to the sole producer of VSF in India - Grasim Industries, the spinners have made representations to the Ministries of Textiles, Commerce & Industry and Central Board of Excise and Customs for removal of ADD to ensure fair competition and to make available the viscose at international prices in India.

Industry leaders, in their interfaces with concerned officials focused on the deteriorating health of Indian textile industry characterized by widespread sickness, uncompetitive and predatory VSF pricing policy of the Grasim, absence of ‘injury’ factor for the domestic manufacturer, a necessary condition for imposing ADD, impact of the unwarranted duty on input cost escalation, exports of yarn, fabrics, made ups etc.

S K Khandelia, President ISA, the petitioner points out that as the sole producer of VSF in India - Grasim Industries - using its oligopolistic position, has been charging the Indian consumers a higher price as compared to the international prices of viscose, consistently for the past six years, under the cover of ADD. “The domestic prices are artificially kept higher by Grasim to the tune of 20 per cent of international prices, which is higher than the alleged under-cutting margin. While Grasim exports at prevailing international prices, it leveraged its monopoly and anti-dumping coverage to charge higher prices from domestic customers, leading to dual pricing system in India,” he added.

While Grasim has been charging a premium on sale of VSF from domestic spinning industry, the user industry (spinning industry) has not derived any benefit during the period of ‘injury.’ Therefore, ADD has led to extending unwarranted protection and subsequent enrichment of the manufacturer at the cost of the entire textile sector (user industry), which is the highest employment provider in India. The decline in the volume of yarn sales and employment in the textile sector is attributable to increasing imports of viscose yarn and fabrics from other countries, like China, Vietnam and other ASEAN countries, leading to large outgo of precious foreign exchange.

Echoing these views, M L Jhunjhunwala, Vice President ISA, said “The imposition of ADD is being used by the domestic VSF manufacturing industry as a shield to cover its inefficiencies and inadequacies in a competitive environment. The Competition Commission has already found Grasim guilty of controlling prices and pursuing differential pricing. Discontinuance of ADD will force Grasim to become more efficient, price competitive and achieve economies of scale. It will also boost export of viscose yarn, blended yarns and fabrics manufactured in India,” he said, adding that these steps will give a critical push to ‘Make in India’ mission of the government of India. The spinning industry, being the largest industrial employer in the country, will boost multi fold development across the country if it is able to source raw materials in a more competitive manner, he pointed out.

Sunil Bhargava, Founding Partner S Bhargava Associates and advisor to ISA on ADD matters points out, “Grasim being the sole manufacturer of VSF in India is claiming to be injured by the imports at alleged lower prices, whereas their balance sheet shows losses due to mounting debt servicing cost on expansions and higher fixed overheads in Nagda unit. Water shortage is another cause of production Slippages. As per the anti-dumping rules in India, there needs to be a clear causal relationship between the injury caused to the domestic industry and the dumped imports, if any. Therefore, before reaching a conclusion, the DGAD must objectively examine all factors establishing a causal relationship before arriving at an informed decision.”

Once the ADD on VSF is lifted, the VSF prices being charged by Grasim from the domestic consumers will be aligned to the international prices. This will reduce the cost of manufacturing of the Indian textiles, leading to higher employment generation and increase in export of value added textile products.