Africa has the right mix to emerge global force in RMG

"Along with its local advantages like cheap abundant labour and lots of land, Africa has the potential to emerge as a global power house in apparel production with the right government  policies. Apparel production constantly shifts. It's often one of the first manufacturing businesses that go into a developing country, also the first to leave as the country grows and develops. And with"

Along with its local advantages like cheap abundant labour and lots of land, Africa has the potential to emerge as a global power house in apparel production with the right government policies. Apparel production constantly shifts. It's often one of the first manufacturing businesses that go into a developing country, also the first to leave as the country grows and develops. And with continued margin pressure, companies are constantly looking at new low cost, reliable sources.

The right mix for apparel industry 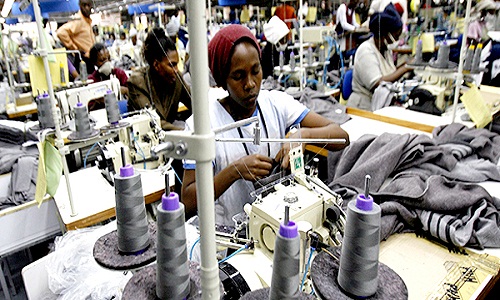 Africa has many of the ingredients that can make it a global force in apparel and textile exports. However, it will take some time for all these ingredients to come together and mirror what China, India, Vietnam and others have done over the last 30 years.

It has cheap, abundant labour along with water, power, cotton and lots of land. It has receptive governments and attractive investment conditions. But Africa still needs to build much more capacity coupled with vertical operations so that it can convert its raw material into yarn and fabric.

According to Chris Wynne-Potts, CEO at African Merchandising Services Africa has many advantages. It has abundant labour. By 2035, Sub-Saharan Africa will have the highest working age population (15-64) anywhere in the world – with more than 900 million people. Low wages: Kenya US$100 (per month), Lesotho US$90, Tanzania US$90, Madagascar US$65, Ethiopia US$50, Mauritius US$165.

AGOA renewed for 10 years till 2025 gives 45 countries in sub-Saharan Africa duty-free access to the US, with the added advantage of being able to use third-country fabric from anywhere. According to Gail Strickler, Sssistant US trade representative for textiles and apparel, this is a "game changer" and could quadruple its current exports and create another 500,000 jobs.

With the promotion of the apparel and textile industries, particularly in Kenya, Ethiopia and Lesotho; this sector is seen as being a major employer and reducer of poverty. These countries also have training centers and tertiary institutions to promote textile and apparel technical qualifications. Government incentives and tax holidays are offered by many countries to investors.

Experts opine that there is also a need for a clearly defined government policy on attracting investment, aggressive marketing of this policy in conjunction with potential investors.