Like every adversity offers an opportunity, the current lockdowns to curb the spread of COVID-19 has become a period of profound adaptation for all industries across the world including fashion. The most recent example of this is Monte-Carlo Fashion Week, which recently launched its digital version on Instagram.

The fashion week has also changed its format. From its usual 45 runway appearances, the event is now holding a series of essential discussions on issues facing the fashion industry. Organizer Chambre Mmonégasque de la Mode (CMM) revealed its impressive lineup of speakers as well as the various sustainable brands showcasing their work. The select lineup of speakers included Pauline Ducruet, Daughter of Princess Stéphanie of Monaco, who inaugurated the weekend in an interview conducted by Sara Maino, Deputy-Editor of Italian Vogue. Panelists, including Tommy Hilfiger and Dee Ocleppo Hilfiger discussed current trends and styles, exploring the present and future state of the industry. At this event, sustainable brands are displaying their work in a short video which will be later uploaded to the fashion week’s social media accounts. 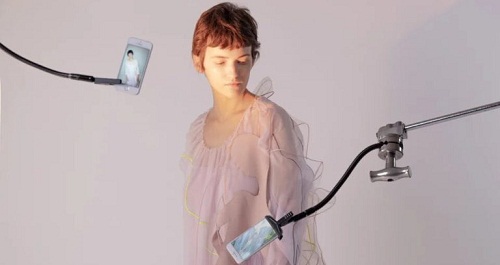 Held in Moscow, the Digital Mercedes-Benz Fashion Week Russia fashion week showcased various socially distanced catwalks earlier this year. Around 32 designers displayed their shows via pre-recorded videos at this two-day event held from April 4-5, 2020. Its presentations appeared on TikTok and Facebook, as well as on Aizel and Megogo, two of Russia’s most popular online retailers.

Around 830,000 people watched the shows. On TikTok, the hashtag #CтильНаДому (#styleathome) was viewed 39.9 million times. Famous designers such as Valeria SAAD and House of Leo showcased their Autumn/Winter 2020 collection, allowing Russian brands to expand their reach on said digital platforms.

The organizers of the Shanghai Fashion Week also digitalized their event as numerous brands urged them to allow them an opportunity to sell their ranges. The organizers collaborated with Tmall Marketplace, a platform owned by Chinese e-commerce giant Alibaba, to broadcast the event on WeChat, the popular Chinese messaging app. Held from March 24-30, 2020, designers and brands showcased their Autumn/Winter 2020 collections at the event. Shows at the event used a green screen and visual effects, which compensated for the offline atmosphere.

Another event, the London Fashion Week, aims to unite the current health and economic context with a general slowing of the industry. To be organized by the British Fashion Council, London Fashion Week, from September 18-22, 2020, it will feature a series of interviews, podcasts, designer diaries, webinars and digital showrooms, aiming to give brands the chance to generate sales directly from the event.

Consumer demand declines across the world

One reason for brands reorganizing the fashion weeks is a 30 per cent decline being faced by the fashion industry. As a recent report by the Business of Fashion indicates almost half of US and European consumers plan to reduce their shopping habits when the high street opens its doors again. A report by Retail Times also asserts consumer demand in France has dropped by 16 per cent in March 2020. This decrease has further escalated to 49 per cent in Italy. Though revolutionizing these fashion weeks may be vital to the survival of countless brands worldwide. However, they will have to wait and watch before taking future actions.