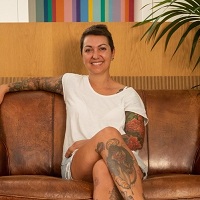 Industry experts had hoped demand for sustainable denims will increase post pandemic. But, the opposite is happening and people are queuing up for cheaper, fast-fashion items, says Silvia Rancani, Founder, The Denim World which is soon set to shut operations due to dwindling demand.

Founded in October 2018 and operating since January 2019, The Denim World is a collective hub for manufacturers and designers in Amsterdam to collaborate and discuss new ideas to create sustainable jeans. As per The Spin Off, the project was first launched at a closed location near Haflweg in Amstersdam. However, the pandemic soon forced it to move to Schakelstraat, near Amsterdam-Sloterdjik.

Along with the location, the mode of these meetings also changed. From single or collective with brands, designers and industry 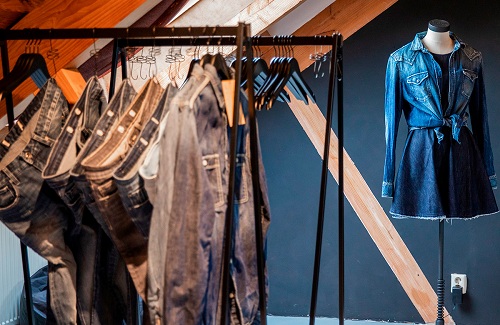 insiders, they transformed into digital discussions between Rancani and industry players though live broadcasting on Instagram.

No new orders or financial support

However, the future is not very encouraging as the denim market in Netherlands has reached a deadlock, says Rancani. Brands are ordering only staple garment items that too lie unsold in warehouses, he adds. Rancani also does not have any additional financial support besides his annual contracts. These too, he expects to stop from June due to the volatile market conditions.

Though insiders have been urging him to continue for a bit longer, Rancani is unwilling to take any additional risks. His move to a new location in August 2020 also did not help as he managed to organize only a couple of small events in September. He couldn’t even inaugurate his new office as the pandemic broke out soon after, he rues.

Through 2020 Rancani managed to organize a series of live talks via Instagram only twice a week. His first series known as ‘Spritz’ was held via the Web while the second group of meetings under the topic, ‘Kitchen’ went live with industry insiders cooking their favorite recipes. Now, with Kingspins decision to hold its next Kingspins Amsterdam edition digitally, Rancani sees no hopes for The Denim World’s survival.

Though highly ambitious, Rancani has no plans for the future. Being a specialist in product development, washing and fabric developments, he plans to work as a consultant for denim manufacturers. His 16 years of experience in the Mauritian company Denim De l’Ile, Hong Kong-based Coin Group, and Diesel’s Asian subsidiary, have helped him gain lots of contacts globally. Rancani has also created a line of denim clothes and accessories for pets, The Denim Dog, which were recent sold at a pet store in Amsterdam.

Currently, Rancani sees no signs for recovery for the denim industry as professionals are travelling less; especially to Asia. Due to this, brands are opting to work with nearer manufacturers and finishers. This does not bode well for the industry, he signs off.