For Vietnam, TPP’s ratification vital before looking at real gains

"The US Congress last July gave the President fastrack authority, or Trade Promotion Authority (TPA), which led to the conclusion of negotiations over the TPP in February this year as the most positive step so far. In other words, US lawmakers will give the trade pact an up or down vote, without any amendment."

On his recent visit to Vietnam President Barack Obama promoted the ratification of the TPP trade agreement. However, the moot point is, if the President will be able to make it possible on the other side of the equation - the US Congress to pass it in the remaining time of his presidency. According to the resolution made in April, Vietnamese lawmakers would enact the Trans-Pacific Partnership trade agreement (TPP) at the first sitting of the new National Assembly. The government has even assigned relevant agencies the task of revising laws and regulations to conform to the TPP.

Meanwhile, the US Congress last July gave the President fastrack authority, or Trade Promotion Authority (TPA), which led to the conclusion of negotiations over the TPP in February this year as the most positive step so far. In other words, US lawmakers will give the trade pact an up or down vote, without any amendment. 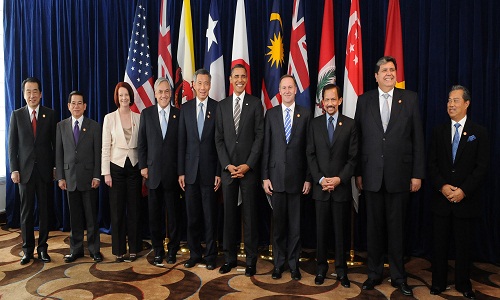 However, so far nobody can say when the US Congress would discuss TPPs ratification. And 2016 being an election year, ratification, remains a big question. As a tradition, the US administration often relies on Republicans for the passage of a trade pact because Democrats normally oppose free trade agreements of that nature. Even former Secretary of State Hillary Clinton, who played a crucial role in TPP negotiations, now a US presidential hopeful, has declared her opposition to TPP’s ratification.

Meanwhile the Republican presidential candidate Donald Trump, made it clear a long time ago that the TPP should start all over again. The fact that leading US presidential candidates have turned their back on the TPP also means that US lawmakers would not ignore it if they want to win support from voters who want to reinstate protectionism.

Consequently, what Obama could do, is to manage and bring about the discussion and ratification during the “lame duck” session, meaning when new Congress has been elected but has not taken office, ratification by incumbent lawmakers may not influence the prestige of every of them. Whether Obama could make this possible remains unanswered, at least as far as his Democrats are concerned.

The TPP can be effective without the ratification of all 12 members. Within the next two years, if at least six countries accounting for 85 per cent of the trade pact’s gross domestic product (GDP) could ratify it, then the agreement would take effect after 60 days (after the two-year term ends).

The US however, alone makes up 62 per cent of the TPP’s total GDP while Japan accounts for 17 per cent. The trade pact will never materialise if one of these two countries does not endorse it. Furthermore, in the case of Vietnam, main benefits from the TPP are from trade with the US. Everybody expects 98 per cent of the value of Vietnam’s agricultural and fishery exports and 75 per cent of industrial exports stateside to be exempted from import tariffs as soon as the TPP becomes valid. Likewise, up to 95 per cent of tax lines effective on textile and garments will be exempted or slashed with the TPP validity.

‘Rule of Origin’ vital for eligibilty

To be eligible for TPP favorable tax rates, Vietnam’s textile and garment exports have to meet the ‘yarn forward’ rule of origin. That’s why Vietnam has welcomed foreign-invested projects in weaving and dying industries. Despite frowns of concern over the environmental effect, the ‘yarn forward’ phrase may have gained enough weight to partly impact endorsements of these projects. One could conclude that whatever Obama would say or whatever the American political scene could be, the environmental factor will be the decisive factor, not the urge from somebody or industry.