High fertilizer use a negative impact on Bt cotton production

"The minister of state for environment, forest and climate change, recently told the Rajya Sabha, that since the introduction of Bt cotton in 2002, there has been a near doubling of cotton production in the country. However, cotton yields have stagnated in the past decade even as proportion of Bt cotton in India’s total cotton harvest rose seven times. Increased fertiliser and pesticide use led to a far-reaching health, environment and economic impacts for the country." 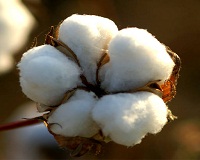 The minister of state for environment, forest and climate change, recently told the Rajya Sabha, that since the introduction of Bt cotton in 2002, there has been a near doubling of cotton production in the country. However, cotton yields have stagnated in the past decade even as proportion of Bt cotton in India’s total cotton harvest rose seven times. Increased fertiliser and pesticide use led to a far-reaching health, environment and economic impacts for the country. 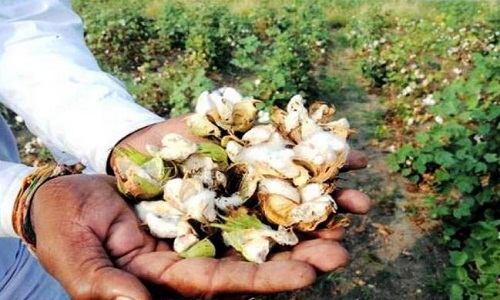 Water Footprint Network, a global initiative for promoting fair water use estimates producing 1 kg cotton in India requires 22,500 litres of water, compared to the global average of 10,000 litres. The high water footprint for India’s cotton is due to inefficient water use and high rates of water pollution. At a time when 100 million Indians do not have access to safe water, the water India consumed to export cotton in 2013 would have been enough to provide an additional 100 litres of water to 85 per cent of India’s population. K R Kranthi, Head, International Cotton Advisory Committee’s technical information section, said in April 2012, Bt Cotton hybrids utilise more nutrients and water for higher yields and profits, therefore the soils are getting progressively depleted and need more nutrient recharging.

In 2015-16, cotton yields rose 2.5 per cent. In absolute numbers, India’s cotton harvests rose 40.2 per cent, from 24.1 million bales (a bale is 170 kg of cotton) in 2005-06 to 33.8 million bales in 2015-16, according to data from the Cotton Advisory Board. As proportion of Bt cotton recorded its first significant drop of nearly 9 percentage points in 2016-17, the yield rose 11.7 per cent and harvests rose 3.8 per cent even as area under cultivation fell 11.6 per cent. A good monsoon was the main reason for the higher yield, the Cotton Association of India suggested.

The Parliament Standing Committee on Science & Technology, Environment & Forests said, in its 301st report on ‘Genetically modified crops and its impact on environment’ government agencies have made attempts to portray a rosy picture with regard to the success of Bt cotton in the country, which actually is not the case. The most significant increase in India’s cotton yields took place in 2003-04 and 2004-05 when the yields went up 32 per cent and 18 per cent, respectively.

In 2017, India was ranked 32nd among countries in the ranking for highest cotton yield globally. Of the 31 countries ranked above India, only 10 use genetically modified cotton. Fertiliser use for cotton rose 128 per cent from 118 kg/ha in 2005-06 when Bt Cotton’s proportion in overall cotton was 11.7 per cent to 270 kg/ha in 2015-16 when Bt Cotton accounted for 83.33 per cent of India’s cotton.

In 2009, an investigation in Punjab revealed higher use of nitrogen fertilisers led to higher nitrate pollution in drinking water–up to 601.1 mg of nitrate per litre (mg/l) in one case. The World Health Organization has set the safe limit at 50 mg/l. Potential health impacts on human health include cancer of the digestive tract and blue-baby syndrome. Similarly, fertiliser overuse led to degradation of soil health, the United Nation’s Food and Agriculture Organisation (FAO) pointed out. The study also points to soil nutrient imbalances in each of the 15 agro-climatic regions of India and suggested that taxes be introduced to discourage excessive use of fertilisers, herbicides and pesticides.