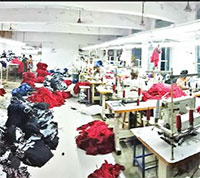 Accounting for almost 46 per cent of India’s garment exports, Tiruppur knitwear hub has been under acute stress since for the last few years due to the twin blows of demonetisation and GST.

The multi-crore industry in the cluster is on the verge of a breakdown and the only savior seems to be remedial measures that the government plans to announce to save the city’s knitwear sector from all the external and internal challenges that it faces. Tamil Nadu exporters say India is losing out to Bangladesh, Sri Lanka, Cambodia even Ethiopia as these nations offer free access to key markets like the EU and US. Moreover, their products are cheaper and they offer cost-effective labor and free access to key markets. Buyers also do not have to pay an additional 10 percent duty on imports from these countries as is the case with India. 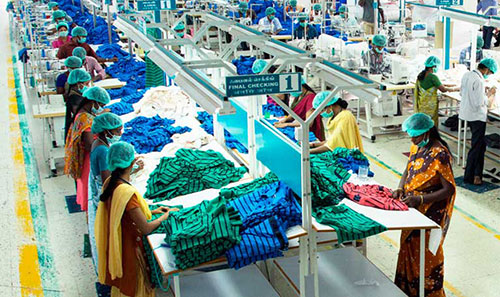 exports from India scheme (MEIS) incentive retrospectively from March 2019. They feel, this will result in massive losses, running into several multi millions.

Slump in orders leads to production scale down

A slump in orders has forced several manufacturers to scale down operations. For instance, orders for leading exporter Santex Inc’s India unit declined by almost half though they have grown exponentially in their Sri Lankan unit. Orders from Sri Lanka, Myanmar, Cambodia and Vietnam have increased as buyers prefer these countries for their low-cost products.

As Raja M Shanmugham, President of the Tiruppur Exporters’ Association (TEA) point out, despite being the largest producer of cotton and having a huge workforce, India is losing out to Bangladesh in the apparel sector. The situation is likely to worsen, as an FTA between EU and Vietnam operationalised a fortnight ago, would compel Tiruppur manufacturers to compete with Vietnam as well.

Dealing another blow to Tiruppur manufacturers, the Indian government recently decided to withdraw the MEIS scheme granted to exporters. This is likely to result in a loss of around Rs 1,000 crore for these exporters who survive on thin margins.

These manufacturers are also plagued by a few other problems like their high production costs and labor shortages. Their production costs are almost 15-20 per cent more than those of Bangladesh manufacturers. Also, labor wages have doubled over the last few years. As a result, Indian exporters have been able to clock in just $17 billion in the past five years, while Bangladesh has clocked in around $38 billion exports in the same period.