"Union Budget for 2018-19 presented by Finance Minister Arun Jaitley gave a The strong boost to India’s textiles industry as the FM allocated Rs 7,148 crore for the sector. “The government had approved a comprehensive textile sector package of Rs 6,000 crore in 2016 to boost the apparel and made-up segments. I, now propose to provide an outlay of Rs 7,148 crore for the textile sector in 2018-19,” Jaitley said in Parliament. The raise ie expected to boost apparel sector exports." 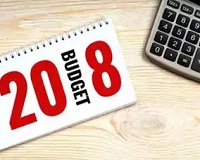 Union Budget for 2018-19 presented by Finance Minister Arun Jaitley gave a The strong boost to India’s textiles industry as the FM allocated Rs 7,148 crore for the sector. “The government had approved a comprehensive textile sector package of Rs 6,000 crore in 2016 to boost the apparel and made-up segments. I, now propose to provide an outlay of Rs 7,148 crore for the textile sector in 2018-19,” Jaitley said in Parliament. The raise is expected to boost apparel sector exports. 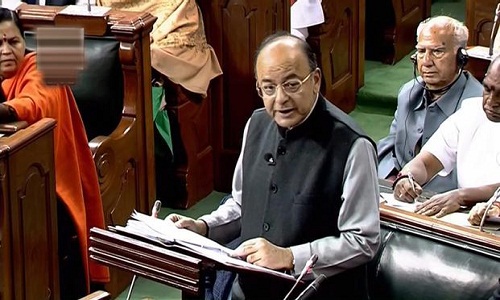 Reacting to the Budget Sanjay Jain, Chairman, Citi said “The allocation for textile industry has increased from Rs 6,000 cr to Rs 7,148 crore but it still falls much short of what was needed to take care of backlog of ROSL & TUF and current year requirement.” On similar lines Clothing Manufacturers Association of India (CMAI) president Rahul Mehta, said the increase in outlay looks prima facie is positive but, it is yet to be seen how impactful the enhanced outlay would be for the entire apparel value chain. H K L Magu chairman of AEPC opines, "We have been asking the government to support the apparel exporters to survive. There have been blockages of funds as very few people got GST refunds between July and December. The dollar, which was worth Rs 65, came down to Rs 63, hurting exporters further. We have become uncompetitive and Bangladesh has started cashing in on this by offering its products 10-15 per cent cheaper in the global market.”

Ashok G Rajani, former chairman, Apparel Export Promotion Council feels it the FM’s latest announcement for the textile sector and would increase women's employment and boost export growth. He added that when the last package was given India's exports grew at 12 to 14 per cent subsequently.

Experts say, the reduction in corporate tax to 25 per cent for SMEs upto Rs 200 crore will also benefit the textiles sector which is mainly in the SME. The FM said MSME are a major engine of growth and employment and he will soon announce measures for SME NPAs. Indeed, textile sector has a large number of SMEs and this is surely a positive step for the sector.

K Selvaraju, Secretary General, The Southern India Mills' Association is positive about the allocation to boost apparel and made-ups exports, 12 per cent employers' provident for the first three years, and extension of fixed term employment for all segments (earlier only for apparel and made-ups). Raja Shanmugam, President of Tirupur Exporters Association, feels the Budget announcement was "not so pleasing" as it was a just bump up in allocations compared to the previous one. The expectation from the industry was that the government will spell out reforms to compensate for duty drawback and sops under the Rebate on State Levies scheme (ROSL). "Since the GST regime does not have these invisible sops, our competitiveness was hit. We hoped the finance Minister would touch upon the subject," he told ET from Tirupur. Entrepreneurs had got about 2.5 per cent of duty refunds after a small change was effected to the MEIS and ROSL schemes recently, but the advantage was 5-6 per cent of refunds under the VAT system.”

Prabhu Damodharan, Secretary for Indian Texpreneurs Federation, said funds are still pending to roll into the industry under the TUFS and other schemes. "I welcome the announcement but I will wait for the blueprint of implementation to see if it is something to celebrate."

Domestic silk industry gets a boost

Meanwhile, to provide adequate protection to the domestic industry, and to incentivise domestic value addition and ‘Make in India’, the FM proposed to increase customs duty on import of silk fabric from existing 10 per cent to 20 per cent. He stressed on development of agricultural and rural economy. To incentivise the leather and footwear sector, Jaitley said, “Currently, a deduction of 30 per cent is allowed in addition to normal deduction of 100 per cent in respect of emoluments paid to eligible new employees who have been employed for a minimum period of 240 days during the year under section 80-JJAA of the Income-tax Act. However, the minimum period of employment is relaxed to 150 days in the case of apparel industry. In order to encourage creation of new employment, I propose to extend this relaxation to footwear and leather industry.” Further, he also proposed to rationalise this deduction of 30 per cent by allowing the benefit for a new employee who is employed for less than the minimum period during the first year but continues to remain employed for the minimum period in subsequent year. The Budget also proposes increase in customs duty on footwear to 20 per cent from the current 10 per cent, and on parts of footwear to 15 per cent from the existing 10 per cent rate.

The market however did not react to the announcement in a very positive manner as shares of textile reported flat with a negative bias after the announcement. Kitex Garments was down -0.33 per cent on BSE while IndoCount Industries was trading at Rs 103.55, down 0.24 per cent. Arvind too lost.