In a major setback to online fashion shows, none of the luxury brands that launched their collections at the Men’s Fashion Week in Milan or Paris last year, could elicit a similar response on Instagram. Tracking firm Tribe Dynamics observes, digital shows, videos and presentations generated less than one-third of online engagement. The all-digital London Fashion Week saw a 55 per cent drop in social media engagement than in January, says Launchmetrics, another tracker of online activity.

Online engagement by brands was relatively subdued compared to the same period the year prior. For instance, Hermes earned only 28 per cent of its media value during the weeks surrounding its latest menswear show compared to a year earlier, reveals Tribe Dyanamics. According to EMV, Valentino’s couture collection could reach roughly 57 per cent of its online engagement to EMV in July this year compared to its Autumn/Winter 2019 Couture collection. Critically acclaimed collections also failed to make an impression. Prada, who organized a digital fashion show on July 14, recorded a 60 per cent decline in earned media value from July 6 to July 19.

A reason for this decline was the low attendance of influencer marketing agencies to live shows, possibly due to budgetary constraints or an easy front row 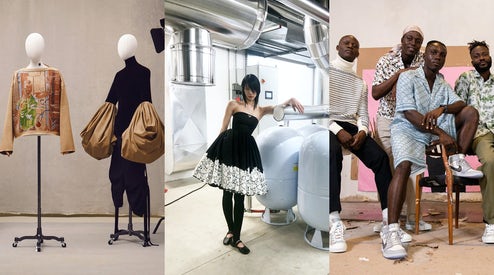 Brands that held in-person, intimate runway shows with influencers too earned only a fraction of their earned media value compared to last year, though this was above average compared to other brands that opted for strictly digital events. Etro’s, live runway show earned the brand just over 40 percent of what the same show last year earned.

For the upcoming Spring/Summer 2021 ready-to-wear shows, brands need to reconsider their approach to online format. They need to focus on merging the two concepts to create impactful, share-worthy moments both on and offline, says Micheal Jais, Chief Executive Officer, Launchmetrics. He advises brands to repackage and redistribute their digital assets, to provide consumers the right content at the right moment.