As against the entire world, COVID-19 has proved to be a blessing in disguise for the Pakistan textile sector. The country has not only received backlogged orders but also orders diverted from other regional countries like India and Bangladesh. As per Business Recorder, against 5.6 per cent growth recorded during the same period last year, Pakistan’s textile exports increased by 8.2 per cent year on year during the first seven months of FY21. The industry attributes this to the growth in exports of value-added products particularly bedwear, home textile, and knitwear. During the period, Pakistan’s knitwear exports grew by 42 per cent year-on-year, while the export revenue generated from this segment grew 19 per cent year-on-year.

During 1HFY21, profits from Pakistan’s textile sector grew by 30 per cent year-on-year primarily on account of increase in exports. However, experts 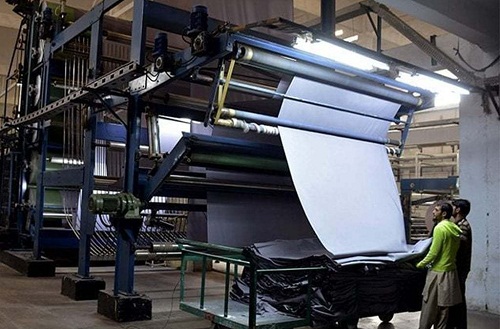 expect this growth to slowdown in the next few months. In January 2021, textile exports from Pakistan declined 5.5 per cent as against December 2020. Cotton cloth and yarn exports also declined both on a monthly and yearly basis.

Though manufacturers claim to have enough orders to keep their factories running at full capacity till June 2021, growth in export depends on how regional players process these orders once their factories begin operating at full capacities. Textile manufacturers are also facing a shortage of local yarn, which can impact their exports in coming months.

Hence, the government needs to introduce a textile policy that focuses on high value-added segments such as the readymade garments sector. Fawad Anwar, Managing Director, Al-Karam Textile Mills, believes the garment sector has a capacity to grow quickly due to its low capex requirement and inclusion of both small and medium players in it.