"The latest results of the 41st annual International Textile Machinery Shipment Statistics (ITMSS) shows, there was an increase 1.5 per cent and 13 per cent in global shipment of new short-staple spindles and open-end rotors to the world spinning industry in 2018. Similarly, shipment of draw-texturing spindles increased 50 per cent while deliveries of shuttle-less looms improved 39 per cent." 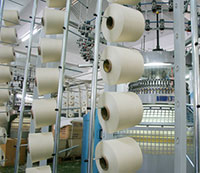 The latest results of the 41st annual International Textile Machinery Shipment Statistics (ITMSS) shows, there was an increase 1.5 per cent and 13 per cent in global shipment of new short-staple spindles and open-end rotors to the world spinning industry in 2018. Similarly, shipment of draw-texturing spindles increased 50 per cent while deliveries of shuttle-less looms improved 39 per cent. However, shipments of long-staple spindles, circular knitting machines, and electronic flat knitting machines decreased by 27 per cent, 4 per cent and 20 per cent, respectively.

Circular Knitting Machinery: Shipment of large diameter circular knitting machines declined by 4 per cent to 26,300 units in 2018. Asia and Oceania emerged as the world’s leading investors in this category with 85 per cent. Amongst Asia, China emerged as the largest investor with 48 per cent of the worldwide deliveries to this region.

Flat Knitting Machinery: The shipment of electronic flat knitting machines decreased by 20 per cent to 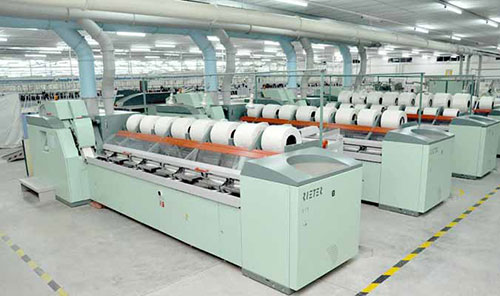 around 160,000 machines in 2018. Asia & Oceania emerged as the major exporters of this category with a share of 95 per cent of world shipments. Here too, China remained the world’s largest investor with a global share of 86 per cent of worldwide shipments despite a decrease in investments from 154,850 units to 122,550 units.

Spinning Machinery: Spinning machinery shipment increased for the second consecutive year, with the total number of shipped short-staple spindles increasing to 126,000 units, leveling off at 8.66 million. Around 92 per cent of these new short-staple spindles were shipped to Asia & Oceania with shipments to Korea, Turkey, Vietnam and Egypt increasing by of 834 per cent, 306 per cent, 290 per cent and 285 per cent respectively.

Texturing Machinery: Similarly, shipment of single heater draw-texturing spindles increased 48 per cent to 22,800 in 2018. China and Japan were the main investors in this segment with a share of 68% and 11% of global deliveries, respectively. The global shipments of double heater draw-texturing spindles by +50 per cent to about 490’000 spindles. Of this, Asia’s share increased to 93 per cent with China accounting for 68 per cent of global shipments.

The main destination for shuttle-less looms in 2018 was Asia & Oceania with 93 per cent of all worldwide deliveries. The main investors included China and India in all three categories.