"The proliferation of major regional trade agreements, including the recently agreed Trans-Pacific Partnership (TPP) and the Transatlantic Trade and Investment Partnership (TTIP) being negotiated by the US and the European Union, has undeniably played a critical role in expanding global trade and the exports of member countries."

According to the supporters of WTO, everyone is making trade deals these days, but in the long term such arrangements could weaken the world trading system. The proliferation of major regional trade agreements, including the recently agreed Trans-Pacific Partnership (TPP) and the Transatlantic Trade and Investment Partnership (TTIP) being negotiated by the US and the European Union, has undeniably played a critical role in expanding global trade and the exports of member countries.

Critics say such regional agreements pose a threat to multilateral trading system by discriminating against non-member countries, many of which are smaller and poorer. At the same time, they sap the energy of the multilateral negotiations carried out under the World Trade Organization (WTO), which in recent years has progressed slowly in delivering substantial results. 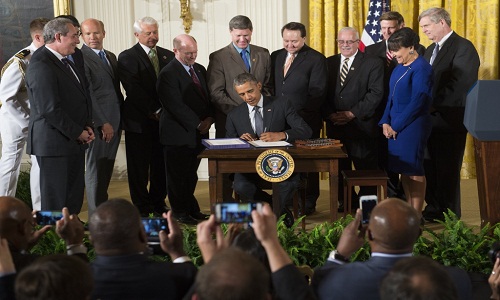 As per the figures from the Geneva-based organisation 265 regional trade agreements (RTAs) are in force. More than one third of these pacts involve the Asia-Pacific region. All of WTO's current 162 members are involved in at least one such agreement.

Said Karl Brauner, the WTO's deputy director-general, so far there are a lot more activities on the bilateral level than multilateral. WTO is in situation where the members have focused their activities on bilateral or regional agreements. He is confident that regional trade deals can help strengthen the multilateral system in the long term. But he expressed optimism that regional agreements can help the global trading system in the long run.

However, Xavier Carim, the South African ambassador to the WTO, has concerns about the growing number of regional agreements.

WTO executives say the organisation has achieved some big breakthroughs in the past few years, despite well-publicised differences among developed and developing country members. Most noticeable was the agreement in Nairobi last December to abolish agricultural export subsidies.

As of January 2016, export subsidies in developed countries are prohibited for all forms of agricultural products. Developing country members are to eliminate export subsidy entitlements by the end of 2018, though they have until 2030 for specific types of products.

Replacing the General Agreement on Tariffs and Trade (GATT), the WTO officially came into being in January 1995 to regulate trade among participating countries by providing a framework for negotiating trade agreements and a dispute resolution process.

Another recent signature achievement by the WTO has been the Information Technology Agreement. It will eliminate tariffs on 201 new-generation IT products involving trade worth around US$1.3 trillion, a value bigger than the global automotive sector.

Two and a half years ago in Bali, the WTO also completed a trade facilitation agreement which independent economists believe will contribute more than $1 trillion to the global economy with the majority of the benefits going to developing economies, he added.

By streamlining, simplifying and standardising customs procedures, the trade facilitation agreement can help cut the time and cost of moving goods across borders.

Supporters of the WTO also believe it deserves more credit for its dispute settlement mechanism. Before the organisation's inception, there was no international dispute settlement system but in the past 20 years, more than 500 disputes have been brought to the WTO.

Free trade alone is not an automatic ticket to prosperity unless it is accompanied by reforms in other areas, the International Labour Organization (ILO) has pointed out. In that respect, bilateral and regional deals sometimes do more in areas such as labour and environmental protection than multilateral deals can accomplish.

Trade agreements with labour provisions are on the rise, said Christian Viegelahn, an economist with the ILO's research department.

Said Eveline Herfkens, a senior fellow at the Johns Hopkins School of Advanced International Studies (SAIS) that the trade preference schemes under large regional agreements, in particular the TTIP, had the potential to damage exports from low-income economies such as many in Africa.

Apart from RTAs, other regional networks, such as the China-backed New Silk Road economic belt are rebuilding traditional links by concentrating on connectivity, such as improved road and rail links as well as port facilities. The initiative will also try to connect Asia with Europe.

Azevedo attends a news conference on the launch of the World Trade Report 2015 in Geneva, Switzerland, October 26, 2015. The benefits of a treaty that will cut red tape at borders and standardise customs procedures are much larger than previously thought and could add $3.6 trillion to annual global exports, the World Trade Organization (WTO) said in a report recently.

A bigger consideration is that such initiatives sometimes touch on areas that are not currently covered by the WTO. This creates a potential scenario where different RTAs deal with the same issues in different ways, he said.

Meanwhile the WTO forecasts that world trade will remain sluggish in 2016 with volume increasing by 2.8 per cent, on par with 2015, as economic growth eases in developed economies and picks up in developing ones.

Trade growth is forecast to rebound to 3.6 per cent next year but that would still be below the average of 5 per cent since 1990. Downside risks remain in terms of further slowing in emerging economies and financial volatility.