Union Budget 2018-19: No real boost to consumption and retail 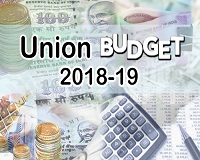 Retailers Association of India (RAI) feel reduction in corporate tax to 25 per cent for MSME (medium, small & micro enterprises) companies with turnover up to Rs 250 crore is a welcome move, which will benefit a large number of retailers. As Kishore Biyani, Group CEO, Future Group says, textile, footwear and leather industries will benefit from this Budget. The steps announced in the budget will help attract larger corporate investments in the sector and make it more attractive for players like Future Group to establish stronger linkages between the farmers of rural India and consumers of urban India. India is home to almost every climatic zones the world has, and therefore has the ability to produce almost every food produce. Investments in processing this produce will go a long way in helping more than half of the country’s population earn more for the hard work they put in their fields. 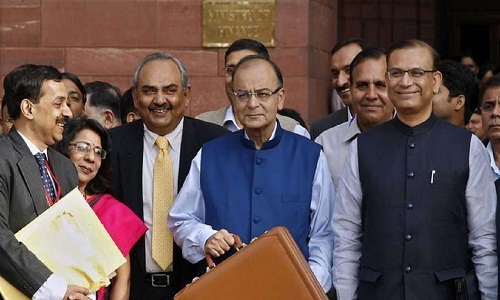 The government’s focus on easing the labour norms and the budgetary support towards the textile and footwear industry will help the sector immensely. Most of players in this segment are MSMEs and the linking of Trade discounting system (TReDS) with the GST network, the MUDRA scheme and increasing financing options for them will bring in more ease in conducting their business. The textile, footwear and leather industries are among the largest employing sectors in India and will benefit from this budget.

Kumar Rajagopalan, CEO, Retailers Association of India (RAI), elaborates agriculture, infrastructure, healthcare and rural development seem to be the key focus areas of the Budget 2018. The immediate impact on consumption, either negative or positive, are not expected. There is no real additional money in the hands of the middle class with which consumption can improve. However, the basic necessities of the poor will be met because of the various schemes announced. The proposed reduction in corporate tax to 25 per cent for MSMEs with turnover up to Rs 250 crore is a welcome move, which will benefit a large number of retailers. They will be able to save on taxes that they would have otherwise paid at a higher rate. Overall, the budget is pro-poor, and one with a long-term impact with no immediate benefits for retail sector.

Anil Talreja, Partner, Deloitte India on Consumer Business says one of the subtle repercussions of the Union Budget 2018 is towards strengthening collaboration of domestic sourcing with the global retailers. Recently, there was refresh announcement made regarding allowance of 100 per cent investment in single brand retail trade by foreign investors. It is known that 30 per cent sourcing condition plays an important role in such cases. Some global retailers who have no dealing with Indian sourcing companies were nervous of meeting such mandatory requirement. The sourcing of 30 per cent of the value of goods purchased needs to be done from India, preferable from MSMEs, village and cottage industries, artisans and craftsmen in all sectors.

Aashish Kasad, Partner C consumer products and retail sector tax leader, EY India, point out corporate tax rate reduction to 25 per cent should benefit smaller organisations. Budget 2018 continued to deliver on the government’s stated development agenda of enhancing the rural economy and doubling the farmers’ income, supporting the poor and underprivileged, developing the infrastructure, promoting digital economy and prudent fiscal management. There are several positive measures for boosting the agricultural economy including the food processing sector in terms of MSP for farmers for the Kharif crop to be increased to 1.5 times the cost of produce as well as Farmer-Producer Organisations to be entitled for a 100 per cent tax deduction for the AY 2019-20 until AY 2024-25, if their total turnover is less than Rs100 crore in a year. Further to incentivise manufacturers of apparel, footwear or leather products to boost the employment generation, the employment day criteria has been relaxed for availing the tax deduction.

The corporate tax rate has been reduced to 25 per cent for companies having a turnover of less than Rs 250 crore in FY 2016-17, which should benefit smaller organisations in ploughing back profits to grow the business further. To further promote the ‘Make in India’ initiative, customs duty has been hiked on import of several consumer products. Overall, the budget has stayed the government’s course of driving growth while trying to curtail the rise in fiscal deficit and inflation.