"A study conducted by Asian Development Bank (ADB) on technology upgradation from a developing country’s point of view observes: technology upgrading depends on the extent of assimilation of foreign technologies, the availability of skilled labour and government policies that encourage investments in skills and technology."

A study conducted by Asian Development Bank (ADB) on technology upgradation from a developing country’s point of view observes: technology upgrading depends on the extent of assimilation of foreign technologies, the availability of skilled labour and government policies that encourage investments in skills and technology. Export promotion strategies of the government tend to overlook this aspect, and a more nuanced approach to global value chain activity may help the industry more, the working paper series of ADB South Asia on ‘Upgrading in the Indian Garment Industry’ added. The textile industry is one of the most important sectors as it accounts for about 14 per cent to the country’s total industrial production, 4 per cent of GDP, and 13 per cent of total export earnings. It is the second most essential sector in terms of employment, after agriculture. It provides direct employment to about 45 million and indirect employment to 60 million people (Technopak 2012). India is amongst the top 15 exporters of textiles and clothing in the world. In 2013, India’s textile and apparel exports amounted to $40.2 billion (57 per cent textiles and 43 per cent apparel). 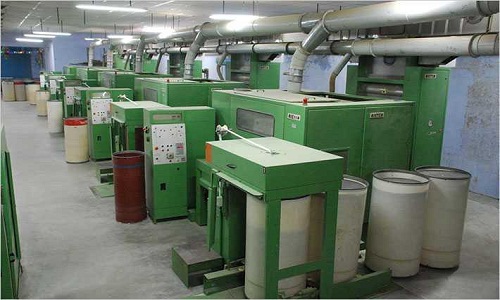 From the apparel industry, there are many companies catering to global value chains, and also as selling in the domestic market. Firms in the Mumbai cluster have been selling half of their output to the domestic market and half to the global market. As per the ADB study, the global value chain has two types of firms: supplying to the European Union (EU) and the United States (US), and supplying to the Middle East market (or countries in South America). Most medium- and large firms in Delhi-NCR cater to the global value chains that are being sold in the EU and the US, while firms in Tirupur cater to both EU-US and Middle East. Other newer markets that were being explored include Japan, South Korea, Singapore, Latin America, South America, and East, highlights the study.

In the ADB study, various differences in organising global trade chain were given but the differences in domestic value chain were more interesting. The domestic value chain in India is organised in a different manner from the global value chains, and has two segments: first catering to lower and middle income market in the country; the other is pertaining to export market quite similar to the global trade chains, as per the paper. The recent emergence of Regional Value Chain was also highlighted to show increasing integration of economies as a single world market. Some firms were reported to have production linkages with Bangladesh and the products being sold to Bangladesh include traditional clothing (sherwani, jodhpuri etc.) as well as ladies’ T-shirts. Some of the advantages cited in the case of the regional value chain included lower labor costs; lower costs for sourcing inputs; lower energy costs; ease of availability of labour.

A sample of 97 firms (34 from Tirupur, 37 from Mumbai, 1 from Surat, and 25 from the Delhi NCR) was carried out to reach certain conclusion about product, process and functional upgrading. Product upgrading that involves steps taken to upgrade product quality, introduction of new fabrics and raw materials, and reduction in reworking rates was the least commonly reported type, followed by functional and process. Product upgrading was highest within the domestic category, in Delhi NCR, and in large firms. Functional upgrading, involving upgradation through design, marketing, and branding was highest in exporters, firms in Delhi NCR, and the largest firms but still 5 firms out of these 97 firms (approximately 5 per cent) did not undertake any such functional upgrading. Process upgrading taking place through the use of new production machinery, worker training, reduction in delivery time, total quality programs, introduction of new organisational approaches, improvements in the production process, and increased use of computer programs for business purposes was highest among firms that both export and sell domestically, in Tirupur, and among the medium-sized firms.

The paper also highlighted the differences within the clusters with respect to upgradation. Out of all the firms the highest average score was recorded by the Mumbai cluster, followed by Delhi and Tirupur. The majority reported lack of skilled labour, access to technology, and finance as major obstacle to upgrading. Some observed the duty drawback system needs to be more streamlined to reduce delays in receiving payments. Lack of logistics systems and inadequate infrastructure were cited as major reasons for delays in exporting.

Although little or no upgrading is common in domestic firms, firms in Delhi NCR and large firms but this could be because all the firms in Delhi NCR sample are exporters and the market to which the firm supplies is important, too, since a low level of upgrading was reported in firms with quasi-hierarchical structures.