Aditya Birla Group planning another round of rejig

"The $41-billion Aditya Birla Group is planning another round of corporate reorganisation to unlock value and beef up the balance sheet, after consolidating its garments business into a single entity last year according to market sources, media reports suggest."

The $41-billion Aditya Birla Group is planning another round of corporate reorganisation to unlock value and beef up the balance sheet, after consolidating its garments business into a single entity last year according to market sources, media reports suggest.

The merger of Grasim and parts of Aditya Birla Nuvo, which is likely to be followed by the hiving-off of the financial services business of AB Nuvo into a separate company may involve a part of this two-step restructuring process. Reports suggest, discussions are evolving and serious consideration is being given to the merger proposal. 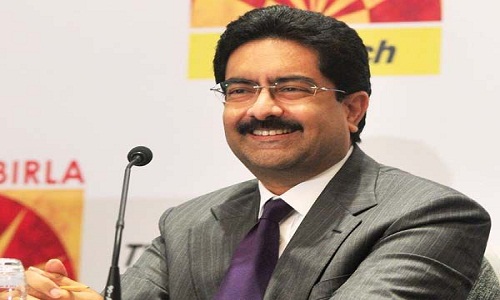 One of the key motives behind this mega restructuring is to strengthen the balance sheet of Idea Cellular ahead of spectrum auction and the launch of Reliance Jio, which analysts expect will result in heightened competition and price wars.

Unlocking A B Nuvo’s value The boards of Grasim and AB Nuvo are scheduled to meet soon for quarterly results. However, a final announcement could be expected as early as this week. If the financial services are demerged from other businesses of AB Nuvo, it could unlock significant value for Nuvo's shareholders. Nearly two-thirds of AB Nuvo's revenues come from financial services. Investment bank JM Financial is one of the advisers for the restructuring, a source added.

The merger and the complete reorganisation could involve a number of steps. A direct merger of Nuvo and Grasim and the simultaneous spinning-off of financial services business into a separate company is among the options. The other option is to demerge the non-financial business of Nuvo, which includes carbon black and viscose filament yarn, into Grasim and turn Nuvo into a holding company for financial services, including life insurance. This will make it easier for the financial services business to secure a partner. Grasim's holding in the group company, UltraTech could also be spun off separately. With holdings in the group's financial services, telecom, fashion and lifestyle, and divisions of fertilisers, insulators, linen manufacturing and rayon, Aditya Birla Nuvo is positioned as a diversified conglomerate within the group.

The life insurance JV, Birla Sun Life Insurance is held independently under Nuvo as a separate venture. Nuvo also owns 23.3 per cent in Idea Cellular, the separately listed telecom venture, and 9 per cent in Aditya Birla Fashion & Retail as of the past financial year.

Grasim and Nuvo have Rs 2,424.73 crores and Rs 890.94 crore cash in hand, respectively as of FY16, as per ETIG database. Following its merger with Aditya Birla Chemicals last February, Grasim has been positioned as a conglomerate. Grasim also houses the viscose fiber and chemicals businesses. Most of its value is created by the cement business, which it derives from its 60 per cent stake in UltraTech. Grasim clocked total consolidated sales of Rs 36,217 crore and posted a net profit of Rs 2,359 crore in the last fiscal.

As much as 21 per cent of sales came from viscose fiber, 9.5 per cent from chemicals and the remaining from the cement business. While valuing the company, however analysts give only holding value to the cement business as Grasim holds shares of UltraTech and not the business.

Around Rs 9,200 crore was from ABFS out of the total AB Nuvo revenues of Rs 14,700 crore last fiscal. If all the businesses of AB Nuvo are valued separately, analysts arrive at a figure of approximately Rs 25,000 crore with Rs 19,000 crore coming from financial services.