Although synthetic fibers are on the rise, quality cotton is still ahead, providing endurance that it offers. Cotton has long been one of the world’s most valuable commodities. It’s one of the 10 largest agricultural products worldwide, and the farming of cotton is a $23 billion global business. This year alone, 105.5 million bales of cotton is expected to be harvested across the world. Cotton production around the world has only increased being a staple fiber for the apparel industry and among the many countries that produce the fiber, here are the top eight producers from across the world. The ranking is based on statistics from Food and Agriculture Organization of the United Nations. 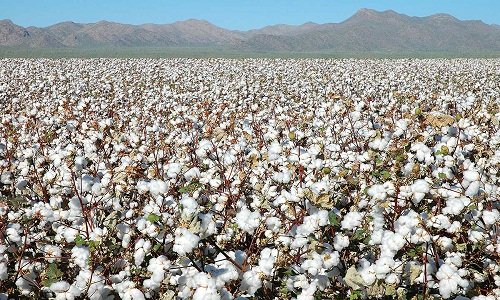 As the largest producer, China leads the pack with a total production of 6,298,989 tons. Not only is it the largest producer of cotton, as one of the largest apparel producer, China also consumes a lot of what it produces within the domestic market. Since there has been a decrease in production, from 2007 and 2008 when the country produced more than 7,000,000 tons of cotton, China needed to import large amounts of cotton to satisfy the domestic market’s needs. However, now the country has come up with a new Cotton Policy. China consumes about one-third of cotton’s annual global production, making it the most important market in the world, while sitting on 60 per cent of the world’s cotton stock. Some of the stockpiled Chinese cotton sold at auction last year at prices 26 percent less than what the government paid for it. A rumored sale of more stocks this summer will likely result in greater losses.

With a total production of 6,052,000 tons of cotton, India is one of the rare countries on the list that managed to keep a steady growth in cotton production through the years. Since the beginning of 2000s, cotton production in India has been increasing 5 to 10 per cent almost every year. It is estimated that with this pace India could easily emerge as world’s number one cotton producer. As per estimates, in 2015-16 global cotton production is projected at 99.8 million bales, 16 per cent below last season. India and China account for over half of the global crop, with India contributing 27 per cent and China supplying 24 per cent of the 2015-16 production, the US Department of Agriculture (USDA) has estimated.

US is among the top cotton producer with total production of 2,842,000 tons. Cotton had a major influence on the history of the United States, with some history experts claiming that increased cotton demand led to the increase of slavery in the United States, causing American Civil War. It’s up to you to decide if there is a major connection. Regarding cotton production, the United States had their ups and downs over the past couple years, but they are still the world’s number one cotton exporter.

Producing 2,171,300 tons, Pakistan’s economy largely depends on the cotton industry and its related textile industry. The country had its biggest production jump of 40 per cent from 2003 to 2004. In the recent years, the production is rather steady and goes around 2,000,000 tonnes.

Uzbekistan Cotton is a major contributor to Uzbekistan’s economy due to the fact that production is mainly aimed towards exports. Uzbekistan produces 1,094,000 tons and is the world’s second largest exporter of cotton, supplying markets of China, Bangladesh, Korea, and Russia.

With a total production of 898,000 tons Australia has emerged as one of the largest cotton producing countries in the last few years. The country has rapidly increased its production in 2011 when they produced around 60 per cent more cotton than in 2010 and kept the production on a similar level in 2012 and 2013.

Turkey productes 832,500 tons of cotton. Turkey has been increasing and decreasing its cotton production through the years. For example, they were producing close to 1,000,000 tons at the beginning of the 2000s but cut the production by almost 50 per cent in 2009. The main reasons for these ups and downs were increasing production costs and lower demand.