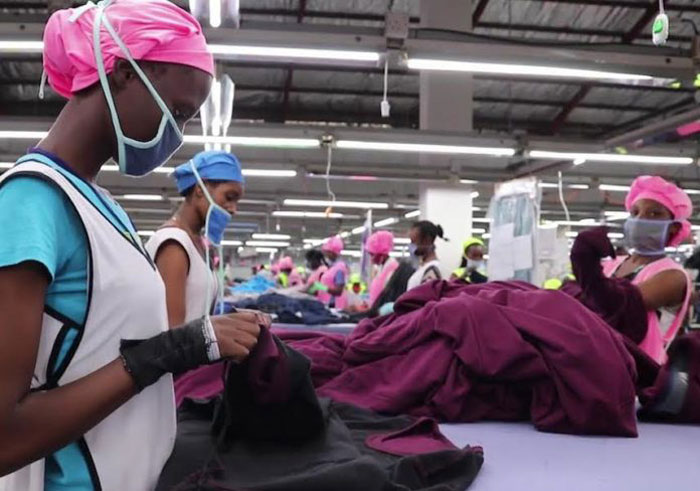 The Nigerian Textile Manufacturers Association (NTMA), held a press conference recently to address the state of poor competiveness. Led by Folorunsho Daniyan, President, NITMA the conference emphasized on the need for urgent government intervention to keep the industry alive.

Data released by the Nigerian Bureau of Statistics show, finished products dominated Nigeria’s textile imports in 2021. The all-commodity group import index of Nigeria’s textile products increased 0.47 per cent. Highest increase on the index was recorded by textile and textile articles followed by boilers, machinery and appliances, parts thereof and wood and articles of wood, wood charcoal and articles.

Disturbed by the report, Ali Baba, President, National Union of Textile Garment and Tailoring Workers of Nigeria (NUTGTWN) said, the latest report released by the NBS shows the surprise lead taken by the textile materials in the list of country’s imported commodities in 2021. NITMA estimates, over 95 per cent of Nigeria’s domestic textile market is dominated by imported fabrics and clothing materials.

Daniyan says, the Nigerian textile industry suffers from high production costs that make products uncompetitive. Further, products are vulnerable to unrestrained smuggling and counterfeiting of Made in Nigeria textiles, poor patronage in spite of the Federal Government of Nigeria’s Executive Order of 2017. Daniyan urged the government to provide a conducive environment for the revival of textile industry and manufacturing activities in general. It also criticized the Nigeria Customs Service (NCS) for being ineffective in combating smuggling cheap textile products largely from China and other Asian countries.

The association urged NCS to adopt strict measures like conducting raids on smugglers’ warehouses in Kano, Lagos, Kaduna, Onitsha, and other cities. It also demanded the establishment of a Presidential Task Force of textile manufacturers and union to seize the goods smuggled into the country. Daniyan emphasized on the ability of African Continental Free Trade Agreement, (AFCFTA) to elude Nigeria of the illegal textile imports that can be produced locally.