Pashmina needs a major makeover to survive in Kashmir

"Pashmina, the heritage and identity of Kashmir, needs an urgent makeover in order to survive its roots. Kashmir’s handloom industry needs to adapt to changing times and not seek protection from the government. The government needs to bring in policies that favour the handloom industry and bring in renaissance. The industry on the other hand needs to be competent enough to stand on its own and carve a niche for itself." 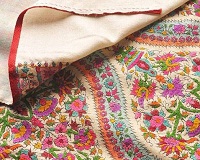 Pashmina, the heritage and identity of Kashmir, needs an urgent makeover in order to survive its roots. Kashmir’s handloom industry needs to adapt to changing times and not seek protection from the government. The government needs to bring in policies that favour the handloom industry and bring in renaissance. The industry on the other hand needs to be competent enough to stand on its own and carve a niche for itself. 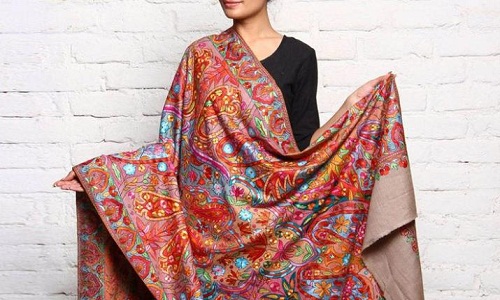 The state on its own or through public private partnership model needs to have a Pashmina wool de-hairing plant in Kashmir. Secondly, in order to spin fine yarns on a machine, a synthetic – generally nylon, has to be added to Pashmina in order to give it strength. This synthetic is later removed by an acid bath, which decreases the quality of the final product. The Charkha spun traditional Pashmina yarn is softer and more durable. However, here too it’s a matter of time before the Charkha is replaced, and rightly so. The latest R&D in the top Italian mills has produced fine Pashmina yarn without the addition of synthetic to counts as fine as 140/2nm, a number which any Pashmina trader will tell you is a shocking.

The only way the Charkha will survive for the next few decades, is through genetic makeup based breeding programs and the fineness of the Pashmina goats in Ladakh is worked upon. The Pashmina goat in Ladakh (eastern Changthang) has an average fibre fineness of 12-14 microns – much finer that the best of what Chinese Pashmina goats can offer. Much R&D has not taken place in the west on such fine Pashmina fibres for they have limited access to it. Hence, if the fineness of the Pashmina goat fibre in Ladakh can be worked upon, resulting in lower microns, not only will the Charkha keep spinning in the valley, but Kashmiri businessmen will be able to make better products than the Italians and the nomadic communities of Ladakh could make more money.

For long term survival it is important to create products that machines cannot produce – be it through design or by quality – all energy should be focussed on that. Apart from the power looms, which produce lower quality fabrics than the charkha-spun handloom-woven ones, the focus must be on getting basic regulations in place such as strong textile labelling. One can sell a synthetic scarf labelled as 100 per cent Pashmina and it is legal. Textile labelling is mandatory in almost every country of the world and should be implemented as a must-have here too. Every product should be sold with a label that declares fibre content (100 per cent Pashmina, 50 per cent Pashmina, etc.) and whether it is hand-woven or not.

Positives steps in the right direction

A positive step was taken by the state by establishing the Pashmina Testing and Quality Control Centre (PTQCC), ‘The Lab’. Another good initiative was getting the Geographical Indication or GI Mark, which prohibits anyone from using the term ‘Kashmir Pashmina’ unless it’s lab-tested and has a non-removable sticker on it placed by the PTQCC. Now, the government needs to advertise the GI sticker at the right channels pan-India, not on local Kashmiri radio, so that the major customer, i.e. the north Indian female knows about it and will look to buy a Charkha-spun handloom-woven Kashmir Pashmina shawl with a GI label.