As per China Chemical Fibers Association (CCFA), the total production of man-made fiber reached 58.27 million tons last year, up by 7.8 percent. The viscose fiber increased by 2.8 percent, PET fiber by 8.3 percent and polyamide fiber (Nylon) by 5.9 percent. CCFA predicts that the man-made fiber production will have a reasonable uptick by 3 percent and export by 5 percent in the country

Amid waves of production being restarted across China, this “biomass regenerated cellulosic fiber with a capacity of 20,000 tons/year” in Xinxiang city, Henan Province is one of the many.

After the lockdowns has been lifted in the virus-struck cities and provinces, the investments continue to inject vitality to the new projects those were held up for strict “shelter-in-place” compliance directives to fight the COVID-19.

Xinxiang Bailu Investment Group Co Ltd is the investor in the project. Xinxiang Chemical Fiber Co Ltd, a subsidiary pillar to Bailu Group is a large company for producing raw materials for textile industry in China, with its three main product lines respectively for regenerated cellulosic filament, best known with its brand “Bailu” (means Egret in English) for 80,000 tons, and its staple fiber for 100,000 tons and Polyurethane fiber for 120,000 tons, totaling 300,000 tons a year according to the company’s introduction on its website. 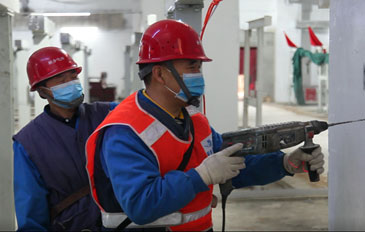 Bailu Group is taking very strict measures backed up by stringent requirements for  constructors, civil building or installation workers on safety and health alerts according to (Disease Control and Prevention Musts during Construction) issued by the Group’s Construction Commanding Center.

In the construction field, 359 workers from nine different divisions in Bailu Group have registered for health eligibility through medical check- ups, in addition to a close look into the health conditions of 235 workers from seventeen subcontractors. Moreover, 14-day quarantining orders have to be obeyed by the workers who come from the other provinces or from the disease-ridden cities or counties inside Henan province.  “We have for many times discussed the detailed plans for reopening our construction with the management teams in the Green Fiber Exclusive Park of National Xinxiang Economic and Technological Development Zone where our new project is stationed. We have prepared sufficient first-aids materials and medical isolation room in case of any symptom found, and carry out screening check in fragmented management from entry to exit. The whole construction field got sanitized every two or three days, leaving no stones unturned. The dormitory is kept clean and tidy, the canteen is opened to the workers at a properly-arranged time interval to avoid rush hour for food,” said Mr. Li Yunsheng, Vice President of Bailu Group, who is also head of the coronavirus task force council inside the corporation.

Bailu that means egret in English, is flapping its wings to fly when the Mother Nature is rejuvenated from wintertime inanition, in the similar way has Bailu’s investment revitalized breaking months of inactivity impacted by COVID-19.

In fact, this project broke the ground on May24 last year when Mr. Zhu Xuexin, Vice President of Xinxiang Chemical Fiber Co.Ltd, a subsidiary pillar to Bailu Group, said “this biomass cellulosic filament project (20,000 tons/year) is one of the series investments in recent years since 2014. For the past 5 years, the company effectively started with new projects that are completed from engineering design to commissioning operation on averaging 14 months for each.” 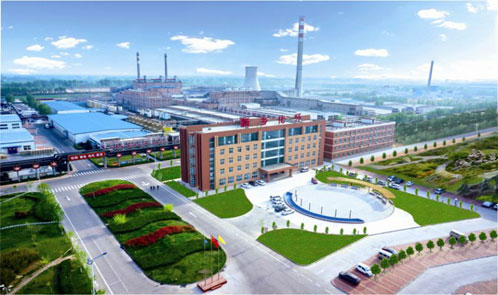 Indeed, the past five years witnessed 5.7 billion Yuan of total investment, and 4 new projects already in production of 100,000 polyurethane fiber in aggregate capacity, and one filament project for 10,000 tons/year, in addition to this new Lyocell filament project.

The Green Fiber Exclusive Park, jointly invested in a 2 billion Yuan package by Bailu Group, China Textile Academy and Gansu Lanke Petrochemical High-Tech Equipment Co.Ltd.(Lanpec), occupies land about 500 mu (Chinese volume unit for 667 square meters per mu), exclusively used for green fiber production that is expected to reach 100,000 tons per year in totality with the projected sales for 2.3 billion Yuan when all the projects inside the compound are finished.

As per China Chemical Fibers Association (CCFA), the total production of man-made fiber reached 58.27 million tons last year, up by 7.8 percent. The viscose fiber increased by 2.8 percent, PET fiber by 8.3 percent and polyamide fiber (Nylon) by 5.9 percent. CCFA predicts that the man-made fiber production will have a reasonable uptick by 3 percent and export by 5percent in the country even though the global crude oil price sharply dropped and the world economic fallout is sure to happen as a consequence of pandemic impacts.