"Since the government has identified India’s textiles and garment category as one of the 25 sectors capable of being a world leader, it has allowed sector (among others) to be the beneficiary of 100 per cent FDI. In the past, key sectors of the Indian economy have been under intense protectionist measures that compel international companies to forge partnerships with local companies if they wished to do business in India."

Affordable raw material, labour, strides in textile technology and the ‘Make in India’ policy could together make India a formidable destination for foreign investment in the textile and garment business. The recent launch of ‘Make in India’ initiative, a part of Modi government’s renewed focus on the country’s economy at a glittering event in Mumbai attracted over 1,000 companies and delegates from over 60 countries. Prime Minister Modi announced sweeping changes in manufacturing sector that employ millions of skilled and unskilled youth. 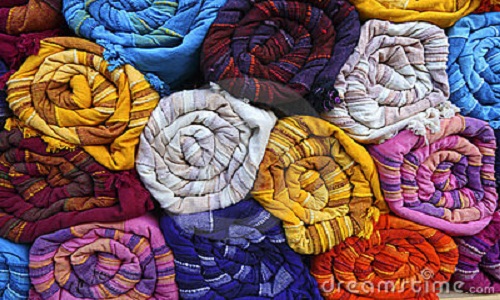 By opening up to outside investment, partnerships, expertise and efficiencies, the government aims to usher in an era where India will not only produce for the world but also feed a growing consumer base. This applies to the global fashion industry as well.

Since the government has identified India’s textiles and garment category as one of the 25 sectors capable of being a world leader, it has allowed sector (among others) to be the beneficiary of 100 per cent FDI. In the past, key sectors of the Indian economy have been under intense protectionist measures that compel international companies to forge partnerships with local companies if they wished to do business in India.

Darshan Mehta, President and Chief Executive, Reliance Brands feels despite India’s natural advantages of robust cotton production, cheap labour and a rich history, the country made way for other ASEAN countries, including Myanmar, Bangladesh and Vietnam to steal a march over India. Says Kulin Lalbhai, Executive Director of Arvind believes, India needs to address the importance of free trade agreements that allows goods from certain countries to come in without duty. However, manufacturing is now being liberalised and the textiles and garment industry should benefit. The changes could not have come sooner given the opportunities being created as China offshore more of its manufacturing, after decades spent competing fiercely with India and other countries.

While recent policy changes are making some headway, manufacturers still face significant hurdles, such as poor infrastructure, corruption, inefficient bureaucracies, access to capital among others feel experts. Nevertheless, with key drivers now established, namely improving the ease of doing business in India and simplifying foreign investment process, the bonhomie is palpable across the business community.

With good reason, business leaders around the world have India in their sights. Recent accolades have been impressive: Ernst & Young and the Financial Times have placed India as a global No.1 investment destination; Frost and Sullivan ranked India No. 1 in the ‘Growth, Innovation and Leadership Index’; Foreign Policy magazine declared India No.1 in the Baseline Profitability Index. And the IMF has ranked India as the world’s fastest growing large economy.

India is the world's second largest textile manufacturer, home to 24 per cent of the world's spindles and 8 per cent of the world's rotors. Given the right support, experts say this sector could be one of the biggest success stories to come out of ‘Make in India’, right after the IT sector. According to a report by Corporate Catalyst India published in a July 2015, the Indian textiles industry (currently valued at around $108 billion) is expected to reach $141 billion by 2021 and is the country’s second largest employer after agriculture. Over 35 million people are employed in this sector either directly or otherwise. And the Indian textile industry has the potential to grow five-fold over the next 10 years to touch $500 the billion mark. Of this domestic sales would constitute $315 billion and exports $185 billion.

Already, several major international apparel and manufacturing players have invested in India. These include: textile machinery manufacturers Rieter and Trutzschler, and vertically integrated fashion brands like Zara and Mango (Spain), Promod (France), Benetton (Italy), Esprit, Levi's and Forever 21 (USA). In luxury fashion sector, what is particularly interesting is that the other half of India’s textile story is about handlooms, a subsector which could play a big role in forging the global luxury industry ahead.

International brands such as Chanel, Dries Van Noten, Lanvin, Naeem Khan, Valentino and Elie Saab, are already dipping into this vast reservoir of craft. But the recognition that India’s biggest soft power lies in the country's handwoven heritage is yet to be fully exploited, which means the full benefits to the economy and the workforce remain elusive too.

‘Make in India’ seems heavily skewed towards industrialised textiles, as opposed to handmade textiles. India-based NGO Dasra reports that an estimated seven million crafts people work in the industry, according to official figures (and up to 200 million, unofficial sources). From 2014 to 2015, Indian handicrafts exports stood at $4.5 billion.