Influenced by current global political turmoil, climate crisis, trade tensions and a general instability, in the 2020-21 seasons, the global textile market will henceforth focus on home and apparel textiles. Designers are redefining materials and their applications in the modern designs. They are using materials as res... Read more

"Though many countries added climate crisis to the top of their agenda in 2019, many were not serious about the urgency of this issue. On November 4, 2019, US President Donald withdrew from the Paris Agreement by notifying the United Nations of its intention to leave. Cosigned by the US and 194 other countries in Decem... Read more

"The second largest clothing manufacturer and exporter in the world, Bangladesh has become a major hub for manufacturing of extraordinarily cheap garments. Though industry leaders expected Bangladesh’s status as the world’s top manufacturer of cheap garments to change post the April 2013 Rana Plaza collapse... Read more

"Jacket Required, the UK’s fashion contemporary menswear and streetwear trade show, taking place at the Old Truman Brewery on the January 22nd to 23rd January 2020, has announced its partnership with Klarna UK to support its commitment to menswear retail and the fashion industry. The show has also revealed a line... Read more

Exhibitors and newcomers, including the suppliers from Belarus, are set to show off their latest innovations to meet the specific sourcing needs of buyers with a diverse range of unique functional yarns at Yarn Expo Spring. The fair will be held from 11th to 13th March 2020 at the National Exhibition and Convention Cen... Read more

"Viewed as both an opportunity and threat, digital transformation enables manufacturers to save time and costs by enabling them to manufacture small quantities of products profitably. However, it also leads to a loss of human touch in fashion design and garment making. Digital transformation is necessary to deal with s... Read more

In a classic case of administrative delays hampering development, tax refunds worth Rs 5,000 crore ( .70 billion) are pending with the government. In March 2019, the government introduced a new scheme for the garment exports sector. Called the Rebate of State and Central Taxes and Levies (RoSCTL), the scheme sought to ... Read more

"United States will reduce the 15 per cent tariffs imposed on a wide range of Chinese consumer goods by half and also cancel another round of tariffs implemented in December. On its part, China will buy an additional $12.5 billion worth of agricultural products from the US in the first year and $19.5 billion worth of g... Read more

"Giving tough competition to Bangladesh, Ethiopia has emerged strong as a sourcing destination for apparels. However, how much Bangladesh needs to fear its new rival is a question being raised by many experts. The Ethiopian government is investing lots of efforts in promoting its apparel industry. The country is invest... Read more

"Disney fashion was the exclusive prerogative of kids not so long ago but today, even fashion-conscious youngsters are choosing to wear Disney inspired apparels and accessories. Having seen the market potential Gucci at a recent runway show held at Le Palace in Paris by unveiled a $4,500 plastic purse shaped in the for... Read more

The world’s leading provider of industrial machine needles, precision parts and fine tools, Groz Beckert Asia offers its customers systems and services for production and joining of textile fabrics. The company, founded in 1852, employs more than 9,000 people and has production sites in Germany, Belgium, the Czec... Read more

"After a successful four decades experience in the home furnishing segment, Medusa Source ventured into the fashion apparel business. The company supplies garments to some of the top brands of North America, Europe, Latin America, Middle East, Asia Pacific and Australia. It follows the best modern supply side practices... Read more

The world's sixth-largest economy, India also has the world’s youngest population. According to India Brand Equity Foundation, this will boost consumer expenditure in the country to $3.6 trillion by next year as emerging new technologies is changing the overall shopping experiences. As Prasad Shejale, Founder an... Read more

Banking on the growing demand for its machines, Turel Group expects 2020 to be a great year for the company.Viraf Turel, Chairman expounds on the company’s operations, future plans and the market in Ludhiana   Unperturbed by the economic recession, the Turel Group of companies grew by 20 per cent in 2019. ... Read more 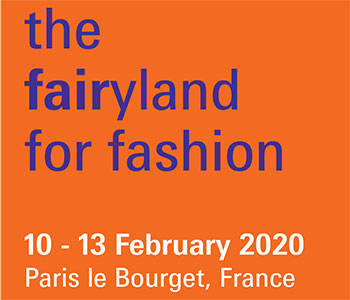 Prosperity Textile: Leading the way with innovations and sustainability

Favouarable responses for the changes at Jacket Required

VF Corporation’s revenue is up five per cent in the third quarter. The company, based in ... Read more

The four per cent incentive given under the Merchandise Export Incentive Scheme on made-ups and... Read more

Tee shirt event Imressions Expo held in the US

Impressions Expo was held in the US from January 17 to 19, 2020. Impressions holds an unique pl... Read more

Asos’ revenue up 20 per cent

Over a four month period, Asos’ revenue was up 20 per cent. Total orders were up 20 per c... Read more

Sportswear brand Nike, which is growing at double-digit rates in the Old Continent, expects to ... Read more

Inditex to be fully organic by 2025

By 2025, Inditex wants to ensure the cotton, linen and polyester used by all eight of its brand... Read more

Figuring out the meaning of sustainability

Kingpins Founder Andrew Olah says sustainability has been bandied about too freely. But adding ... Read more

A new study by menswear brand LabFresh names Europe as the capital of fashion waste as it produ... Read more

India International Leather Fair will be held in Chennai, January 31 to February 3, 2020. The e... Read more

Eurovet is pleased to inform the lastest development as the company signed a partnership with t... Read more