Uncertainty over Britain’s continuation in EU has hit a third of businesses in the UK’s manufacturing sector, which barely scraped growth in May, says a recent study. Foreign demand for goods from British factories fell for a fifth month as firms reported customers were unwilling to commit to investment ahead of the June 23 referendum.

Uncertainty over Britain’s continuation in EU has hit a third of businesses in the UK’s manufacturing sector, which barely scraped growth in May, says a recent study. Foreign demand for goods from British factories fell for a fifth month as firms reported customers were unwilling to commit to investment ahead of the June 23 referendum. CIPS survey of the 427 businesses reported 27 per cent saying a potential Brexit was having a detrimental impact on business, while a 8 per cent said impact was a strongly detrimental. However, 50.8 per cent said they expected it to have no significant effect. 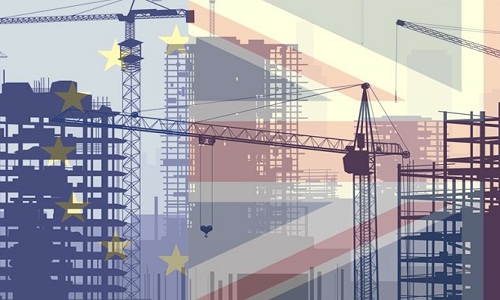 And as CBI Director-General, Carolyn Fairbairn has warned that leaving the EU could cause a serious shock to the UK economy, with a potential cost to UK GDP of £100 billion and 950,000 jobs by 2020 and negative echoes that could last many years after that. Indeed, when talks about Britain’s exit from the EU first started in early 2015, it seemed absurd. The idea of putting the matter to a direct public vote appeared unlikely, an actual “Brexit” seemed completely implausible. But 18 months later, with a national referendum just weeks away and public sentiment stirred up by an unprecedented migration crisis on top of the on-going European debt crisis, which has seen countries like Greece bailed out by the rest of the Eurozone, opinion polls on Brexit are much too close for comfort for British prime minister David Cameron, who has staked his political future on a “Remain” vote.

While experts say Brexit would affect manufacturing, the textiles and fashion industry is expected to take a hard hit both in UK and across the world. UK’s fashion industry contributed an estimated £26 billion to the economy in 2014.

To begin with under the ‘FTA scenario’, the UK negotiates a free trade agreement with no tariffs on exports and imports between the UK and Europe by 2020. As it is no longer in the single market, it experiences a modest rise in non-trade barriers. The UK is assumed to maintain existing free trade agreements with other countries currently held by the EU, and signs a new trade deal with the US. The ‘WTO scenario’ is based on the UK failing to secure a deal with the EU and therefore, trading under World Trade Organisation rules after leaving. Tariff and non-tariff barriers with the EU rise significantly. The UK loses its existing free trade agreements with other countries, but renegotiates them on the same terms by 2026 and signs a deal with the US in the same year. If the UK leaves the EU without a free trade deal, 90 per cent of British exports to the EU, by value, could face tariffs. Some sectors could be hit particularly hard. Under WTO rules, UK textile exports to the EU could face tariffs of nearly 10 per cent.

And as Fairbarn says, products imported from the EU into the UK could also face tariffs – passing the costs onto customers through higher prices. Even as part of the EEA or EFTA, rules of origin reporting and VAT payments at borders make it harder for small firms to trade with the EU. So, in short, leaving the EU could mean the return of significant barriers to trade.

Moreover, the British currency is expected to depreciate after the exit. Already, the debate over Brexit has had a dramatic impact on the country's currency. According to HSBC if Britain votes “Leave,” its value could fall by a further 20 per cent. And this could significantly affect bottomlines of British fashion businesses, as many outsource production to countries such as China, where they pay in dollars. (British clothing and home furnishing retailers source about three-quarters of their goods from Asia, according to financial services firm UBS.) A weaker pound would make these deals more expensive, leaving British businesses to either shoulder the costs, or pass them on to consumers.

Also, British fashion companies that do a significant volume of sales abroad — such as Burberry — could experience a dip in profits. “If their costs are largely in pounds, but their revenues are in euros or dollars, the euros and dollars they would get from abroad would buy a larger amount of pounds,” explains Luca Solca, head of luxury goods at Exane BNP Paribas.

Experts say if British vote to leave, it could lead to a rise in apparel prices. With falling pound it is likely to impact consumer prices and imports in Britain. The cost of a weaker pound impacts all retailers, which may be passed on to consumers. There by making clothes more expensive for the end consumer.

Another fall out will be on London’s top fashion education system, a Brexit would also be bad news. British fashion education benefits from EU investment in the form of research funding and initiatives that support innovation and bring together fashion designers, manufacturers and technology partners from across Europe. Moreover the EU’s open borders have made it easy for many fashion houses and companies to operate on both sides of the English Channel. But with Britain’s exit, brands would have second thoughts about establishing their headquarters or their creative departments in London.

The bottomline thus is Brexit would weaken the pound, negatively impact consumer confidence, push up prices, open up trade regulations and threaten free movement of talent. The loss would be on the fashion industry, both in Britain and the world.