Cooperation is the buzzword to create sustainable denim

"Industry leaders behind Rational Denim are hoping their collaborative project around responsibly produced denim will help pave the path for others to follow. Major players like Archroma, Garmon, Lenzing and Royo, each an expert in its respective area of supply chain, share the same belief that denim garments can be made in a more responsible way. And that’s exactly what the four set out to prove when they decided to team up."

Industry leaders behind Rational Denim are hoping their collaborative project around responsibly produced denim will help pave the path for others to follow. Major players like Archroma, Garmon, Lenzing and Royo, each an expert in its respective area of supply chain, share the same belief that denim garments can be made in a more responsible way. And that’s exactly what the four set out to prove when they decided to team up. 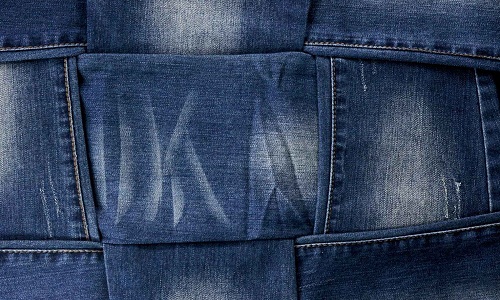 The ‘Roadmap to Rational Denim,’ to give the project its full title, debuted at Kingpins in Amsterdam recently, showcasing a prototype collection produced with the most efficient use of resources - particularly water - from fiber to finish. According to Alberto De Conti, Chief Marketing Officer at Garmon, they were drawn to the idea of being part of a group of companies that’s truly science-driven; a pool of industrial realities bringing to the table results that are rooted in sound research and development. Rational Denim takes a respectful distance from a number of so-called ‘sustainable’ market initiatives that are superficial, if not artificial. It is about delivering a pragmatic, highly responsible, very credible approach to denim product innovation and making it available to the creative minds throughout the world. As per Archroma’s estimates, nearly two trillion liters of water are consumed monthly in the production of 167 million pairs of jeans.

Each company contributed its expertise in a particular part of the denim manufacturing pipeline, to that end: Lenzing brought its class-leading fiber Tencel to the table; Archroma offered its Advanced Denim dyeing technology for indigo alternatives; Royo, with its years of experience using Tencel, produced the fabrics, both 100 per cent Tencel and cotton blends; and Garmon’s Green Screen-approved products simplified the finishing process.

An exhibition space was set up so that designers in search of inspiration could discuss their projects and ideas with representatives from the participating companies at Kingpins. 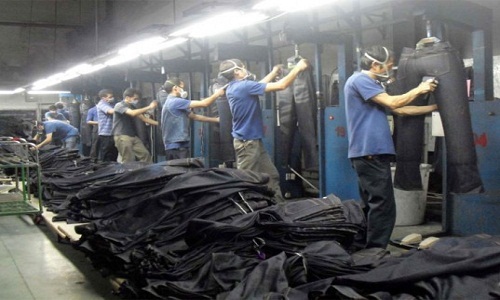 The impression the denim players received was that a denim article produced in a fully sustainable way, cotton to final garment, and would not be attractive enough, with a totally different look to what is considered conventional denim. The stakeholders wanted to prove that this perception did not have a rational and that it was actually the other way round points out Miguel Sanchez, Head of Archroma. Not only could Rational Denim offer the same type of looks expected in conventional denim, but it could also widen the scope of colors, effects and final looks that are expected in a continuously evolving article like jeans.

Sanchez added that the most important aspect of the project is that the Rational Denim concept allows this flexibility, all within a production model where water and other resources are saved in each single step along the line. Andrew Olah, Founder and organizer of Kingpins, adds the project showed that sustainability is not a boundary. It is a source of inspiration and desire for fashion with soul and care.

Nevertheless, something is still holding denim mills back from integrating more sustainable practices, while a technology such as Archroma’s Advanced Denim is said to cut water consumption by 92 per cent, as well as energy usage by 30 per cent and waste by 87 per cent.

Suggested De Conti that fabric mills find themselves squeezed between the marginal, premium price they have to pay for responsible innovation in fibers, dyes and chemicals, and the reluctance shown by some of their brand and retail customers to take part of that burden onboard. As the Rational Denim tagline puts it, creativity without sustainability no longer makes sense.

Sanchez opined that brands are the connection between two dimensions - the end consumer and production - and brands should play an active role in informing end consumers about what it takes to make the jeans and the implications for the environment, so that everything isn’t about look and price.