"A recent study ‘Measuring fashion: environmental impact of the global apparel and footwear industries’ highlighted apparel industry has a major impact on climate. Combined, global apparel and footwear industries account for roughly 8 per cent of the world’s greenhouse gas emissions. That’s nearly 4 metric gigatons of CO2-eq, almost as much as the total climate impact of the European Union, according to ClimateWorks Foundation and Quantis, the publishers of the study." 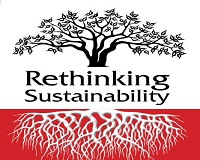 A recent study ‘Measuring fashion: environmental impact of the global apparel and footwear industries’ highlighted apparel industry has a major impact on climate. Combined, global apparel and footwear industries account for roughly 8 per cent of the world’s greenhouse gas emissions. That’s nearly 4 metric gigatons of CO2-eq, almost as much as the total climate impact of the European Union, according to ClimateWorks Foundation and Quantis, the publishers of the study. 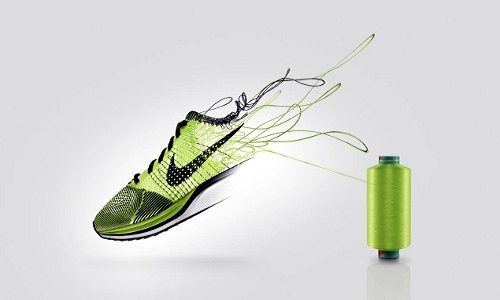 Over-consumption seems to be the reason behind this burning issue. The average global citizen consumes 11.4 kg (25 pounds) ofapparel each year. That translates to 442 kg of CO2 emissions per capita, or the same amount it would take to drive a car for 1,500 miles. Apparel makes up the lion’s share of that total, accounting for 83 per cent, while footwear contributes to 17 per cent of those emissions. The study also highlighted that in a business-as-usual scenario, the apparel industry’s climate impact is expected to increase 49 per cent by 2030, meaning the apparel industry alone will emit 4.9 metric gigatons of CO2-eq, nearly equal to today’s total annual US greenhouse gas emissions.

Diving deep More than 50 per cent of emissions are coming from just three stages: dyeing and finishing, yarn preparation, and fibre production. Fibre production, the first noted stage in the garment life cycle, accounts for 15 per cent of apparel’s total climate impact. Yarn preparation accounts for 28 per cent and fabric preparation, including knitting and weaving, contributes to 12 per cent of apparel’s impact on the climate. Dyeing and finishing alone contributes to 36 per cent of the impact, as it demands the most energy and substantial amounts of heated water. Cut and sew assembly accounts for 7 per cent of the adverse contribution to the climate, while distribution accounts for 1.3 per cent though that number could climb if companies increase their reliance on airing goods in response to speed to market demands.

Measures to be taken Companies will need to rethink energy. The biggest pollutants in the apparel supply chain depend on coal and natural gas to heat and power them, which means a massive reliance on fossil fuels. If manufacturers could shift to 60 per cent renewable energy and reach 60 per cent energy efficiency by 2030, that could contribute to an 80 per cent reduction in greenhouse gas emissions. On the supply side, digitalisation can lead to process efficiency improvements by reducing raw materials and waste. New technologies can also improve energy efficiency to further reduce emissions in key life cycle stages like dyeing and finishing and yarn preparation. On demand side, smart(er) consumption models, such as garment and accessory leasing or take-back programs, can extend the use phase of the article, reducing demand for new products. The final key area of focus expected to drive a significant reduction in apparel’s environmental impact, is looking to more preferred and recycled fibres.

Circularity is the key Though circularity has been among the biggest buzzwords in the past year, moving to a more circular economy, it seems, can’t be the only solution either. Circular material flow alone is not enough to ensure the apparel sector greatly reduces its impacts by 2030, as such solutions (that focus primarily on increasing rates of clothing recycling and recycled fiber content) do not alter the impacts of key production stages, such as dyeing and finishing.

Garment recycling is only sustainable when combined with a reduction in consumption of fast fashion and must take into account global equity considerations (evidenced by increasing bans on imports of second-hand clothing in developing nations. The scale of impact reduction this industry must achieve in the coming decade will only be possible with a combination of increased circular material flow, rapid transition to renewable energy sources, a significant increase in manufacturing process efficiencies, and smart design.