Wuhan a city as fashion epicenter, is back to life

Hanzheng Street in Wuhan is home to 12,000 business shop owners running wholesale in 54 markets there with a total annual turnover for approximately 100 billion Yuan. The wholesale center for apparel brands is the cream of the crop, 60% of the annual turnover comes from the apparel wholesale in these famous sell-and-buy hubs. The center as wholesale for apparel brands is as large as 300,000 square meters with over 3000 brands apparel, in category mainly of menswear, women’s wear, kids wear, leisure wear and various kinds of apparel accessories.

Wuhan, the super-large metropolitan city in the midstream of Yangtze River, reopened on April 8, to the public after a 76-day- long lockdown for its epicenter of the novel coronavirus outbreak in China. As the capital of Hubei province, the city is also known in the country for high-speed railway transportations all for about 5 hours respectively to Beijing, Shanghai, Chongqing, Shenzhen and Hong Kong, in addition to its pivot in the central provinces for over 40 international direct air routes that cover four continents in the world. 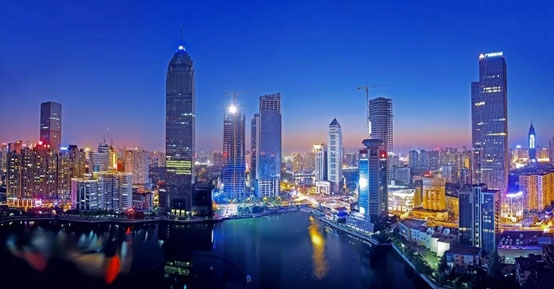 Wuhan, recently known for being an epicenter of Coronavirus, was hit the hardest in China, perhaps in the world on a single city count. As on April 10, the confirmed cases of COVID-19 in Wuhan city added up to 50,007 since its first case was reported at the end of last year, accounting for 73.75% of Hubei Province where the aggregated confirmation of the disease infections amount to 67,803 cases, which has a lion-share at 81.39% of the country for 83,305 cases in total. This is only a historical trend of data in the course of the disease control and prevention footprints, and the city is being opened up on the grounds that there has been growing no new infections for nearly a month with 47,085 patients fully recovered after a tragic loss of 2575 lives, leaving the rest of 347 patients still being hospitalized for further medical care.

As now, incoming and outgoing transportation restriction has been lifted; the city is back to life step by step, leaving no loopholes for safeguarding the hard-won victory. Businesses start to tick up, shops are opened, retails and wholesales are attracting buyers in busy shopping streets, and the famous Hanzheng Street is on the headline of the press because it has been a time-honored business rendezvous, a cluster of retail and wholesale streets, buildings and thousands of shop windows offering everything but arms to sell or buy, textiles and apparel are the earliest known there, and perhaps the bulk of businesses as a whole.

Back to the early years of the 20th century, the foreign powers carved Hankou, one of the three river towns (China’s longest river Yangtze River has concurrent with its largest tributary here to split the central city into three towns) into concession and built up shopping street in the Foreign Settlement at that time, and Hanzheng Street gradually morphed into a shopping center. In 1979 when China started to practice economic development-centric reform and opening policy, this street got reinstated to be Retail and Wholesale Market for Small Commodities, the same market status as Yiwu market center in Zhejiang province, which international buyers seem to know better.

Hanzheng Street in Wuhan is home to 12,000 business shop owners running wholesale in 54 markets there with a total annual turnover for approximately 100 billion Yuan. The wholesale center for apparel brands is the cream of the crop, 60% of the annual turnover comes from the apparel wholesale in these famous sell-and-buy hubs. The center as wholesale for apparel brands is as large as 300,000 square meters with over 3000 brands apparel, in category mainly of menswear, women’s wear, kids wear, leisure wear and various kinds of apparel accessories.

According to the Textile and Apparel Retail and Wholesale Committee of China National Textile and Apparel Council, its latest report of market prosperity indicators shows that the March 2020 witnessed Market Managers Prosperity Indicator (MMPI) at 51.24, up by 35.11 percentage points over the figures in the survey all through January and February that were staggering at 16.13, and the Tenants Prosperity Indicator  (retailer and wholesaler who rent the booths inside the textile and apparel shipping building) went well along with the former to arrive at 51.18, up by 14.78 percentage points over 36.40 reported in the first two months in the beginning of the new year.

CNTAC’s Retail and Wholesale committee issues an annual report for market prosperity analysis by keeping eye on 45 important bricks and mortar apparel-specific shopping centers or specific markets for understanding the textile and apparel markets in China. The Market Report 2018 shows the sale achievements in these 45 centers located in different areas of the country, for 996.299 billion Yuan in the east, up by 7.23% to take up overwhelming share of the totality by 82.39%, and for 145.036 billion Yuan in the central area to account for 11.99% of the total, up by 7.06%, and for 68.009 billion Yuan in the west of the country to represent 5.62% in cake share, with a drop by 3.32%.