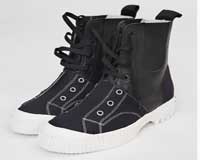 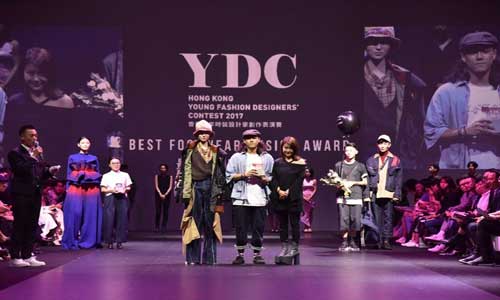 An annual signature event for the industry, the Footwear Design Competition Hong Kong is recognised as the cradle for nurturing and discovering new footwear- design talent needed to sustain future development of the industry. About 70 pieces were shortlisted from nearly 800 inspiring entries received this year, by a judging panel comprised of professionals from related fields. Among them were fashion designers and image consultants, such as Henry Lau, Mountain Yam, Polly Ho, and Christina Dean, founder of the environmental NGO Redress, as well as representatives from the HKTDC, design institutes and industry elites.

Entries competed in six categories: Ladies' Shoes, Ladies’ Boots, Handbag, Children’s Shoes, Men's Shoes as well as the Design & Make Collection DIY – Green Footprints Creation, the latter of which is a new category to promote environmental living. Gold, Silver and Bronze award winners were named in each category, along with prizes awarded to a Belle Overall Champion and a Best Design Award, voted by the public via the FFHK’s Facebook page.

The entry ‘Infinity’ was named Belle Overall Champion, Gold Award in the Ladies’ Shoes category and Best Design Award. Motivated by the environment problem of coral bleaching, designer Joanne Li Wai-ting was inspired to use 3D printing technology in her creation. She used a white-colour theme to symbolise dying coral reefs, in a bid to raise public awareness about marine pollution. Designer Chan Ka-ling, Chan Pui-lam and Lam Wing-yee each received two awards for their exceptional designs. All the shortlisted and winning works were on display during the event.