According to a report released by the International Cotton Advisory Committee (ICAC), the Type 328 China Cotton Index-a daily index of prices for domestic cotton offered to mills in China fell from this season's nine-month average of 144 cents per pound to about 129 cents per pound as of the end of April. China’s mills may welcome the lower cotton prices, but world cotton production is being forecasted to get negatively affected by a change in China’s cotton policy. As per ICAC, the government’s cotton policy has done considerable damage to the industry in recent years.

The report pointed out that since the start of its reserve policy in 2011, mill 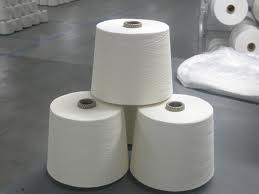 However, the report further adds that China’s decline in cotton production will be partially offset by imports from Bangladesh, Indonesia, and Vietnam, which are expected to import a total of 2.4 million tons in 2014-15, an increase of 13 per cent.