Shengze, home to the largest silk wholesale market known for silk and man-made silk ranks 9th in top thousand Chinese towns for the economic strength. China National Textile and Apparel Council (CNTAC) has chosen Shengze as a ‘Pilot Zone’ in its efforts to foster and encourage more mega-class textile and apparel manufacturing clusters across the country. 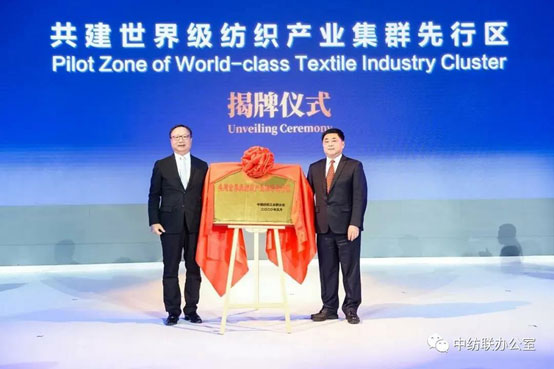 On June 16, the 7th Jiangsu (Shengze) Textile Expo- Virtual Exhibition Online was launched with the symbol of “Silk in the East, Fashion from Shengze” in ceremonial atmosphere amid rising waves of economic recovery in China. Shengze, a famous town of silk, is in Wujiang District of Suzhou city in Jiangsu province, with about one-hour drive to the most commercially prosperous city of Shanghai, the town ranks the 9th in the top thousand towns for the economic strength in the country.

China National Textile and Apparel Council (CNTAC), the largest NGO to represent the voice of the industry in China, is stepping up efforts to foster and encourage more mega-class textile and apparel manufacturing clusters across the country. The mega-class is termed in the notion that there are going to be more textile towns or industrial clusters each with annual turnover for 100 billion Yuan (exchange rate roughly at 1 dollar: 7 Yuan) despite the fact there are hundreds of the designated famous towns of textiles and fashion under this benchmark.

Over 200 towns, cities and industrial bases of textile and apparel, nominated by CNTAC as famous hometowns of the industry in different names by sector, account for over 40 percent of the total output value in the whole textile industry in China with more employees than official figures that only take the data of considerably sized companies into account in the present statistics system.

Shengze stands out as Famous Town of Silk, in a capacity of the manmade fiber silk as it is home to the largest filament weaving (air-jet and water-jet weaving machines in operation) in the country and in the world as well, and also home to the largest silk wholesale market known as Eastern Silk Market China that has 7000 sales booths in house, and Shengze Manmade Silk Market Index is a well-known barometer of the silk business in China.

Mr. Li Ming, head of Wujiang District, said in its opening address that Shengze Fashion Week made its debut amid the 7th Jiangsu (Shengze) Textile Expo to carry out the strategy for integrating silk textiles into the fashion in a value-added industrial chain of portfolios, an important step for building up the world-class high-end textile and fashion cluster. 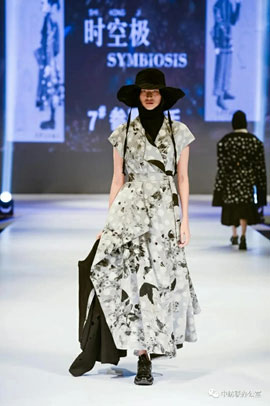 Mr. Sun Ruize, president of CNTAC, president-elect of International Textile Manufacturers Federation (ITMF) headquartered in Zurich of Switzerland, who is to take office in October, attended the opening ceremony with his remarks to reaffirm the stable situation in the basic perspectives of textile economy in China and pointed out the four aspects of focus on future development in parallelism voiced as  “focusing on the industrial clusters to forge new systematic advantages, focusing on digital economy to foster new driver, focusing on domestic market to form new industrial circulation and focusing on factors of productivity to construct new ecosystem for value creation”. In this new trend, he predicted that fashion designers, international brands and fashion trend events would soon converge here, and Shengze would evolve into a town of fashion gradually in a clear shape-taking progress.

Mr. Xu Yingxin , vice president of CNTAC announced the decision to jointly build Shengze into the mega-textile town and Mr. Sun Ruize presented a plaque to the town official, with the words reading “ Pilot Zone of the World-class Textile Industry Cluster”.