"With the start of the economic crisis, many Russian retailers have started moving their production from Asian countries to Russia. With the Russian ruble still weak against major currencies, low costs are tempting some of the world’s leading clothes retailers to consider relocating their production facilities to Russia. The owner of the Zara, Pull & Bear, and Massimo Dutti brands among those in talks with the authorities."

With the start of the economic crisis, many Russian retailers have started moving their production from Asian countries to Russia. With the Russian ruble still weak against major currencies, low costs are tempting some of the world’s leading clothes retailers to consider relocating their production facilities to Russia. The owner of the Zara, Pull & Bear, and Massimo Dutti brands among those in talks with the authorities.

Last March, the world’s second wealthiest person, Amancio Ortega, 79, the owner of the Inditex clothing empire, received an unexpected offer from Russia. The country’s authorities invited the billionaire (Forbes estimates Ortega’s fortune at $67 billion in 2016) to move his factories to Russia, where – due to the weak ruble – production costs have become lower than in China. 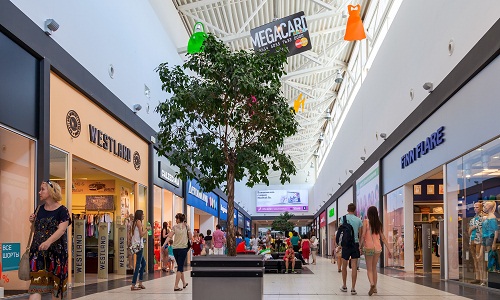 Ortega is now considering relocating its production to Russia and is in talks with the Russian Industry and Trade Ministry. Other manufacturers, including H&M, IKEA and Decathlon, are ready to follow Ortega’s example.

Zara’s interest in Russian factories is driven by the favorable conditions that have emerged in Russia because of the economic crisis. Thanks to the devaluation of its national currency, Russia has ended up on the list of countries with the world’s cheapest labour.

As per the data from the information and analysis agency Infoline, the monthly cost of a textile factory worker in China is now $250-300, whereas in Russia it is just $200 (15,000 rubles). In these circumstances, the drive to develop the country’s textile industry is a clever move on the part of the Russian authorities, market experts agree.Incidentally, the average salary in Russia is lower than in China and Poland.

It is not surprising that Inditex has turned its attention to production capacities in Russia. Currently, Inditex makes its clothes at factories in Vietnam, Indonesia, China, Turkey and Europe. The group runs 485 stores in Russia and, despite the crisis, managed to open 30 new outlets in 2015, increasing its Russian network by 6 percent, according to the company’s annual report. This makes Russia the third biggest market for Inditex (after Spain and China, with 1,826 and 566 stores respectively).

Foreign players’ interest in the Russian textile industry is further spurred by tensions in Russia’s relations with Turkey after Turkey downed a Russian military aircraft on the border with Syria in November 2015.

Russian factories have been working only with local retailers and customers so far. So it remains to be seen how competitive Russian factories are compared with their rivals in China or Vietnam, which operate several shifts and turn out a hundred times as much output.

If clothes under the Zara or H&M brand are made in Russia, their quality will not be adversely affected, insists Lyudmila Ivanova, head of the Fashion Industry Committee under the Russian Textile Industry Union.

Major Russian clothes brands, including Gloria Jeans and Sela, have so far been making their clothes at Asian factories.

Said the vice-president of Russian clothes chain Sela, Eduard Ostrobrod that at the moment, we place our orders with factories in China and Bangladesh, but we are interested in Russian manufacturers. The company is now busy looking for opportunities to move its production to Russia.

With the start of the economic crisis, many Russian retailers have started moving their production from Asian countries to Russia. Thus, the local brands Befree, Zarina and Love Republic have increased the number of orders they place with Russian factories.

Meanwhile, Kira Plastinina has launched its own production in the Moscow Region, not far from the capital. The list of those contemplating a move to Russia is not limited to just Russian brands. The MMD East and West group of companies that forms part of the Bosco di Ciliegi group (which makes clothes for Russia’s Olympic team) intends to build a sports clothing factory in the Kameshkovo industrial part in Vladimir Region (130 miles southeast of Moscow). Investment in the project is estimated at 1 billion rubles ($17.4 million).

The French sports clothing retailer Decathlon has signed a memorandum of intent with the Novosibirsk-based factory S-Tep to produce trainers. To begin with, the factory will produce trainers for Decathlon’s stores in Russia but in future, for the chain’s global network too, the business daily Vedomosti reported in February 2015.

At the same time, many Russian manufacturers are not too overjoyed at the prospect of the arrival of foreign players.

Examples of successful integration between global business and the Russian consumer goods industry are many. The Swedish company IKEA, which together with clothes retailers has received an invitation from the country’s authorities, has been successfully cooperating with Russian manufacturers for a long time. IKEA’s purchasing office was opened in Russia back in 1991, long before its first store.

The IKEA in Russia press service said that at present, over 50 percent of volumes sold in IKEA stores in Russia are locally produced. In the textiles category, locally-produced goods make up 40 per cent.Furthermore, IKEA is planning to further increase its local production in Russia.

Currently, the Swedish retailer sources its goods from some 60 Russian factories. Russian manufacturers are fully integrated into the global production and distribution chain: Russian-made goods can be found in IKEA stores in Europe, America and Asia. In addition, IKEA owns four factories in Russia and is planning to launch a fifth one soon.