"Almost half of the 46 textile factories at the Khurrianwala industrial estate outside Faisalabad have gone out of business over the last several years —owing mostly to severe energy shortages in Punjab, suggest media reports. Others are operating at far below full capacity. There needs to be a paradigm shift in government policies to bring about transformation, say experts. Khurram Mukhtar, Owner of Sadaqat, was able to survive energy shortages by investing in expensive, alternate sources."

Almost half of the 46 textile factories at the Khurrianwala industrial estate outside Faisalabad have gone out of business over the last several years —owing mostly to severe energy shortages in Punjab, suggest media reports. Others are operating at far below full capacity. There needs to be a paradigm shift in government policies to bring about transformation, say experts. Khurram Mukhtar, Owner of Sadaqat, was able to survive energy shortages by investing in expensive, alternate sources. Not everyone could bear the high cost of alternate power generation. So they closed down to avoid losses as customers turned to other textile producing countries in the region. If the closed factories start functioning at full capacity, they can easily double textile exports from Khurrianwala industrial estate alone to $3bn in no time, claims Mukhtar. 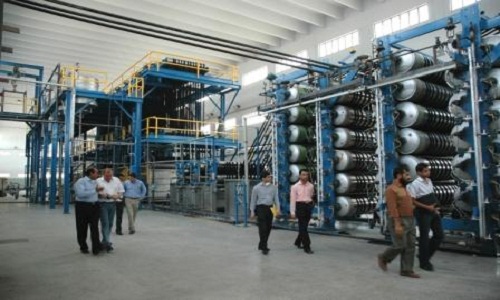 Power and gas are now available to the industry round the clock, the cost of export refinance is at historic low,  banks are flushed with liquidity, and the prime minister has announced a Rs 180 bn package to lift textile exports. Still no one is investing in textile manufacturing. Ajmal Farooq, Chairman of the Faisalabad-based Pakistan Textile Exporters Association feels these are tough times for Pakistan’s textiles industry. The industry’s competitiveness in global markets has in the recent years been eroded by higher-than-regional average cost of electricity and the liquidity crunch it has been facing owing to the delays in the release of export refund claims worth billions of rupees.

Some people say power supply has indeed improved but price has also doubled to Rs 12 a unit — much above the cost in competing countries like Bangladesh, and the entire bill of expensive gas imports has been passed down to industrial consumers in Punjab. On top of that massive working capital of textile exporters has been held in sales tax, custom rebate and income tax refund regime, increasing their financial stress. No payment has been made to exporters against the RPOs (refund payment orders) issued since July 1, 2016, despite the law that money should be refunded to the holders of RPOs in 72 hours of their issuance. With 10 per cent of companies’ sales flowing into refund regime, how can they survive. According to exporters, ‘refund money’ should be parked separately by the FBR and must not be shown as part of its tax collection.

Calling it the worst phase, Sohail Pasha, exporter from Faisalabad, highlighted that the government has zero-rated the textile industry. Practically, companies continue to pay myriad of taxes that are never returned. For example, the government hasn’t zero-rated energy fuels like coal, furnace oil, etc. Apart from paying international price for gas, they are also being charged for the inefficiencies of the SNGPL. Although the Economic Coordination Council (ECC) had decided that the consumers will pay only actual UFG (unaccounted for gas), but they are being charged SNGPL’s average UFGs. Last but not the least, the Punjab Revenue Authority (PRA) is taxing their exports separately. In all, the exporters are paying 11 per cent of their sales in unrefundable taxes. These taxes are the hidden costs that they cannot export.

Exporters are not optimistic about the Rs180 bn export enhancement package announced by Nawaz Sharif last December. The package allowed 4-7 per cent rebate to textile exporters across the value chain rewarding value-addition. Besides, import of cotton and machinery was also made duty-free to encourage investment.

PTEA secretary Azizullah Gohir says, the finance division is yet to allocate funds for rebates the package promises to help the industry cut its costs and get back to its feet. No exporter has so far been paid any single rupee although they already have partially passed the benefit to their foreign buyers to book orders. There is no clarity either if the government is going to pay what it promised.

Lord & Taylor and Tailored Brands have joined the list of retailers aiming to restructure their operations in the wake... Read more