"If the Trans-Pacific Partnership (TPP) is discontinued at any given point, it’s Asia which is going to be at the receiving end. Singapore, along with New Zealand and Chile, initiated the Trans-Pacific Strategic Economic Partnership agreement in 2005. Despite its small size, Singapore plays a significant role in the TPP. The benefits of the trade pact are more strategic than economic. By playing a part in shaping the rules of the TPP, Singapore is given an opportunity not often accorded to a small country."

If the Trans-Pacific Partnership (TPP) is discontinued at any given point, it’s Asia which is going to be at the receiving end. Singapore, along with New Zealand and Chile, initiated the Trans-Pacific Strategic Economic Partnership agreement in 2005. Despite its small size, Singapore plays a significant role in the TPP. The benefits of the trade pact are more strategic than economic. By playing a part in shaping the rules of the TPP, Singapore is given an opportunity not often accorded to a small country. Moreover, Singaporean firms can gain important advantages by being the first to adapt to such rules, and they can be of service to firms from other countries by helping them to tap into the vast market TPP creates. 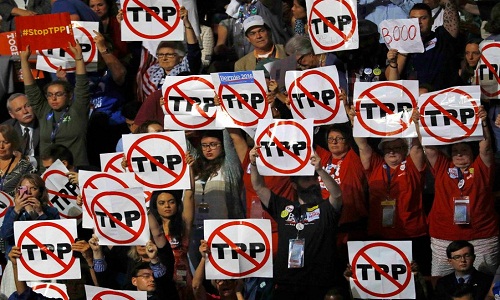 Although the TPP has been discontinued at many places, Singapore is still betting big on TPP. First, Singapore  still has an FTA with the US, which has eliminated tariffs on all of Singapore’s exports to the US as of 2014. Singapore also has FTAs with the other three big players (the EU, China and Japan). As the only country in the world with FTAs with all the top four traders, Singapore is in an enviable position. Second, if the TPP does collapse, although Singapore wouldn’t be able to help influence the rule-making process, it can still play an important role in other forums, such as the Regional Comprehensive Economic Partnership (RCEP), the Asia-Pacific Economic Cooperation and the World Trade Organization.

It would be difficult for Singapore to persuade other countries in these forums on any given set of rules owing to the greater membership diversity. However, as their memberships would be more representative, if Singapore were successful in pushing certain rules at these forums they would have a much higher chance of adoption at the global level.

Implications for other ASEAN Economies

While the discontinuity of the TPP won’t impact Singapore in a significant way, the situation is different for countries such as Vietnam and Malaysia. For these two economies, the main benefit of TPP membership was the access to the US market. Without the TPP, these two countries will find it hard to compete with other developing countries exporting similar industrial goods and raw materials. It’s going to be a tough ride for other countries as well. If the TPP were to come into full effect, trade and investment activities in the four ASEAN TPP members (Brunei, Malaysia, Singapore and Vietnam) would intensify, and in turn generate positive spillover effects for other countries in the region. Without the TPP, none of this will work.

IS RCEP the alternative?

Owing to the increased awareness around the Regional Comprehensive Economic Partnership (RCEP), a proposed FTA between the 10 ASEAN states and China, Japan, Korea, India, Australia and New Zealand, TPP will soon become a forgotten phenomenon, believe experts. Having said that, while China is currently ASEAN’s largest trading partner, it is also one of its major competitors due to similarities in export profiles. ASEAN countries used to enjoy a surplus in their bilateral trade with China before the ASEAN-China FTA came into effect. But in 2012, two years after the ASEAN-China FTA came into effect, ASEAN ran into an $8.5 billion trade deficit. This further snowballed to $44.5 billion in 2013, and $63.8 billion in 2014. Adding the other five countries into the mix might not solve the deficit problem for ASEAN as none of them can match China’s manufacturing prowess.

Moreover, based on what is known so far, the RCEP doesn’t look promising in terms of its scope. The tariff concessions for goods seem to be lacking in both breadth and depth; and it is the same for trade in services as well. As for new regulatory areas such as competition, environment and labour issues, it is not likely there will be rules, or at best, just cursory references to them.

Without the external pressure from the TPP, it will be hard for most ASEAN countries to upgrade their trade profile or their regulatory frameworks. While the RCEP might bring short-term gains in the traditional agricultural and manufacturing sectors, ASEAN countries that are interested in upgrading their economies might need to look elsewhere for inspiration.