"Exports of technical textiles outside EU-28 increased year-on-year. This sector is a pillar of textile exports outside the EU with a 38 per cent share in 2016. The growth translated into almost €10 bn of exports, an increase of more than 2.4 per cent in value. With 20 per cent of technical textile purchases from the EU-28, the USA the biggest client." 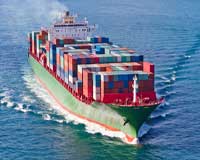 Exports of technical textiles outside EU-28 increased year-on-year. This sector is a pillar of textile exports outside the EU with a 38 per cent share in 2016. The growth translated into almost €10 bn of exports, an increase of more than 2.4 per cent in value. With 20 per cent of technical textile purchases from the EU-28, the USA the biggest client.

With a plus 2 per cent year-on- year increase, menswear exports outside the EU-28 still accounted for 23 per cent of total clothing exports amounting to more than €5 bn. The leading buyer of menswear, Switzerland, reduced its purchases in value (-3.9 per cent). There was noteworthy double-digit growth in the value of exports to South Korea, Australia, Mexico, Serbia, Israel and Ukraine. The three major menswear products for export were trousers (32 per cent of category exports), shirts (19 per cent) and coats (17 per cent). Purchases of all three were up, thanks to the weak euro (€). Furthermore, exports of rugs and carpets outside the EU-28 expanded again strongly in value by +5.5 per cent. This sector represented 4.3 per cent of all textile exports outside the EU. Customer-wise, the four main buyers (USA, Switzerland, Norway and Russia) absorbed 49 per cent of exports of rugs and carpets outside the EU. 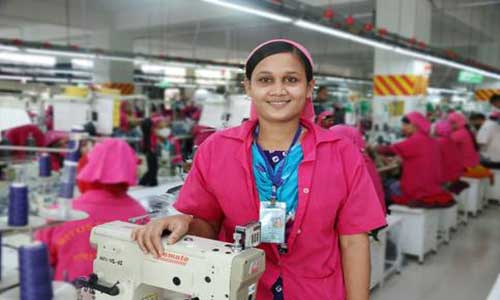 Homebuilding activity varied widely depending on the member state, and purchasing of homeware. Nevertheless, imported home textiles took advantage of lower average unit prices, resulting in a rise of plus 3.3 per cent in value corresponding to an increase of €192 million. This growth was mainly attributed to bed and home linen. Import of home textiles from outside the EU reached €6 bn and mainly divided among four countries: China (33 per cent), Pakistan (25 per cent), Turkey (16 per cent) and India (11 per cent). Besides, there were remarkable gains in value for Vietnam, Morocco, Taiwan and Ukraine.

In 2016, EU’s menswear imports increased to more than €20 bn (25 per cent of total clothing imports), with a plus 0.5 per cent increase in value and +4.4 per cent in volume terms, leading to a -3.7 per cent fall in the average unit price. Of the five main imported menswear items (trousers, shirts, coats, underwear, jackets), only shirts suffered weak demand. China remained the main supplier of menswear. In value terms, its share of total imports stood at 28 per cent, representing another year of steady decline. The EU-28’s second ranked supplier, Bangladesh, continued its rise adding +8.5 per cent to improve its market share. A comparable situation was observed in imports coming from Pakistan, which added +5.8 per cent in value.

Imports of womenswear reached €29 bn (36 per cent of total clothing imports), with a +0.8 per cent increase in value. Imports rose for the five main imported items: trousers, skirts and dresses, coats, blouses and underwear. China continued to be the main supplier but its share is being eroded year-on- year. Due to continued annual expansion of its import share, Bangladesh was inevitably next in line, with value increasing by +13.7 per cent. In third place, Turkey continued to be a preferred traditional supplier even with a slight dip of -0.3 per cent. Among other clothing articles, EU imports of worn clothing achieved an outstanding growth while pullovers & cardigans have pointed down.