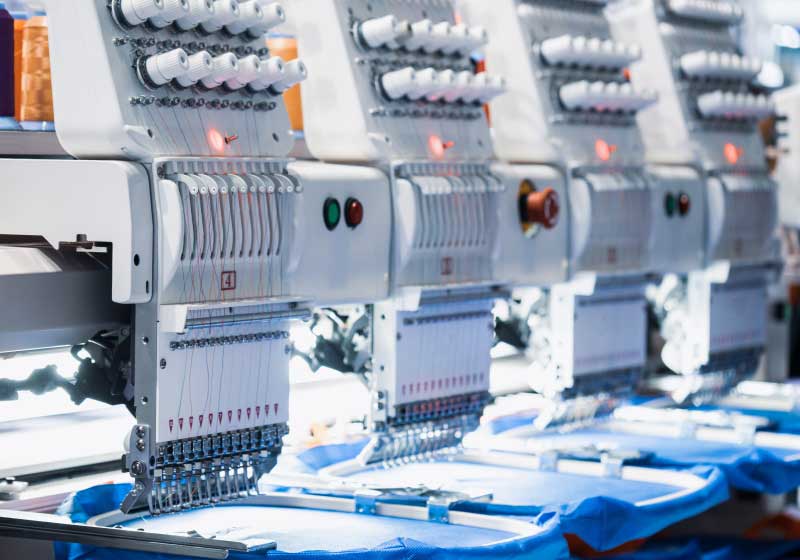 Arthur Kitta, Head-Sales-Europe and Africa, Durkopp Adler GmBh attributes this to the desire of factories in Europe, North Africa and Middle East to expand and modernize their units. The sewing machine manufacturer from Bielefeld, Germany, is itself witnessing a surge in demand from the garment sector in and around Europe, as well as the Middle East.

The pandemic has bled garment supply chain and the situation is yet to improve. Prices of container shipping have increased with deliveries also being delayed. These factors are prompting apparel companies to set up factories closer to demand. With garment customization, the trend for nearshoring has also grown, says Rolf Köppel, Segment Manager-Textiles, Zünd Systemtechnik AG. Companies are looking for technologies to accelerate production in Europe and America besides investing in digital cutting technologies.

Rise in the nearshoring is being propelled by innovations in technologies. Machine manufacturers are launching new tools to quicken production. For instance, D3 cutter machines from Zund Altstätten, Switzerland, have two heads to cut the laid-on textiles and are able to cut more textiles in the same amount of time.

The willingness to invest amongst fashion manufacturers is on the rise. But, they are yet to receive orders, adds Kitta. Textile machinery manufacturers are now betting on nearshoring to boost orders. Nearly 40 per cent of the over 70 supply chain managers of leading companies surveyed by consulting firm McKinsey at the end of 2020 revealed plans to shift to a more local supplier base. However, only 15 per cent actually did so.

Prominent amongst these is apparel company C&A, which has once again started manufacturing jeans in Mönchengladbach. Nearshoring still appears a distant dream for apparel companies though they continue to buy individual lines in Europe and new technologies in North Africa, adds Köppel.

Orders for apparel companies had earlier dropped due to the COVID-19 outbreak. Now, these companies are facing delivery delays. The order backlog at Dürkopp Adler has increased as the company has not been able to increase capacities as quickly due to delays in deliveries, Kitta says. The average waiting time for shipments has now increased to around 12 months from the earlier three months, he rues.

Fast fashion brands are aware of the consumer mindset change towards sustainable fashion. In a bid to appear environmentally-conscious, many... Read more

As underdeveloped countries transit to developing status, their retail sectors are getting better organised and enabling a large number of... Read more

Second only to China, Bangladesh carved out an awe-inspiring success story in the global RMG supply. Exports worth USD 42... Read more

Rise in apparel export to US rings in cheer, future uncertain

The pandemic rang in bad tidings for apparel exporters in Asia and South East Asia as the dip in US’... Read more

In November 2021, the COP26 summit held in Glasgow held up a red flag for global fashion industry and the... Read more

A surge in nationalist sentiment and growing hostility to foreign labels is compelling global fashion brands to reduce their footprint... Read more

For a country facing numerous economic challenges for long, the fact that its clothing sector has about 50 per cent... Read more

The huge amount of waste produced by the global textile industry has accelerated the need to reduce continued damage to... Read more

Global custom T-shirt printing market is expected to surpass $9,009.3 million with a CAGR of over 9.7 per cent to... Read more