"Stepping up their sustainability efforts, fashion players like Kering and LVMH are organising hackathons that include awarding prizes to developers, students and experts to help them manage their supply chains and overproduction. However, as these hackathons lack proper resources or metrics, they run the risk of turning into ideathons that though discuss many issues do not resolve any of them."

Stepping up their sustainability efforts, fashion players like Kering and LVMH are organising hackathons that include awarding prizes to developers, students and experts to help them manage their supply chains and overproduction. However, as these hackathons lack proper resources or metrics, they run the risk of turning into ideathons that though discuss many issues do not resolve any of them.

One such hackathon was organised by luxury brand retailer Kering in October 2019 in Paris. This hackathon gathered 80 tech developers, students and industry experts at the behest of the brand’s chief sustainability officer Marie-Claire aveu to participate in ‘ Hack to Act’. The sun-soaked L’Atelier Riechelieu went on for 48 hours as competitors vigorously prototyped updates to My EP&L, an app Kering launched in 2017 that uses data from the French luxury group’s Environmental Profit & Loss research to educate designers and students on sustainable design principles.

Hackathons enable brands to think and operate like tech companies. Once reserved for intensive digital 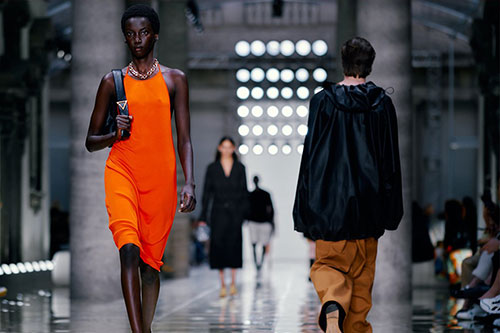 prototyping by coders and software engineers, these hackathons are now becoming more targeted. Besides Kering, LVMH, Prada and German online retailer Zalando have held hackathons based on sustainability, as pressure surrounding the environmental impact of luxury fashion mounts.

The challenge for these brands lies in whether the proposed solutions generated by these hackathons are practical enough to be implemented in the real world and whether they would have a measurable positive impact on the environment.

One of the reasons, fashion companies are turning to hackathons is to reduce their carbon footprint. Hackathons also enable these companies to advertise their sustainability initiatives. Held in July 2019, Moncler’s hackathon listed sustainability as one of the problem areas to be addressed, while LVMH’s hackathons bring together employees from across sectors, disciplines and continents in order to identify talent and new innovations for their hackathons.

Some of LVMH’s successful hackathons have yielded projects including zero-waste packaging for its wine and spirits category, and the implementation of a process that turns grape seed waste from its wine portfolio into a cosmetics ingredient. Despite these activities, experts wonder if hackathons are becoming more of a marketing ploy rather than a function for change. As Liz Bacelar, Co-founder, The Current Global points out, many events that brands call ‘hackathons’ are really ‘ideathons.’ She defines hackathons as something that results in a working product and go-to market strategy. In order to be successful, sustainability hackathons need to be backed by research, to identify challenges and to include industry mentors in fashion and R&D to guide young entrepreneurs. Else, brands run the risk of concluding with a handful of silver-bullet ideas unlikely to be realised.

Jan Leyssens, Co-founder of social good agency Switchrs defines hackathons as something that though bring new ideas or concepts to life, don’t magically translate these into real products or new businesses. The brand has facilitated several hackathons in multiple sectors, including one at a fashion festival in 2018 in Antwerp called MOOI.

One of the highest points for hackathon awards was the €10,000 prize announced by Kering. LVMH also offered €5,000 to winners of a student hackathon it sponsored around beauty products. However, other brands have only paid for travel expenses, offered mentorship and networking opportunities, or given out gifts to participants. This is rather demotivating as compared to the €50,000 cash prize announced for the designer or startup who wins the Yoox and Vogue Italia sustainable innovation competition or the €150,000 total prize money offered to winners of a sustainable fashion contest by the European Commission. However, these competitions will reward innovations introduced over a span of a year instead of just 48 hours.