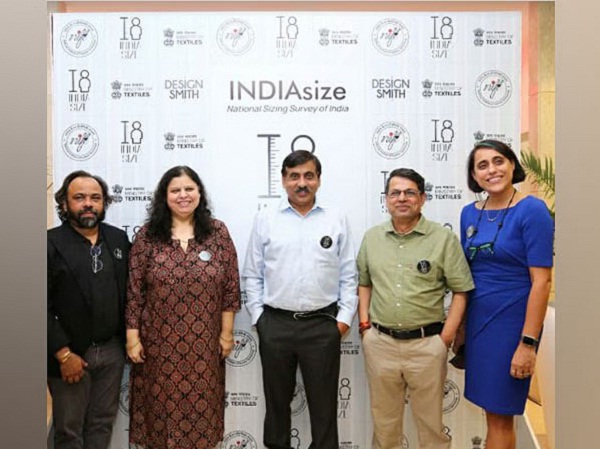 Launched by the National Institute of Fashion Technology (NIFT), the national sizing survey will develop India’s first country-specific size chart to offer Indians better fitting clothes. Targeting various demographics like region, gender, locality and age, the chart will be based on the data collected from Indians aged between 15-65+years of age.

The government approved project is supported by On Ground Execution partner Design Smith. It is also being supported by the CMAI. They will measure over 25,000 people in six different cities including New Delhi (North), Mumbai (West), Chennai (South), Hyderabad (Centre), Kolkata (East) and Shillong (North-East). Non-contact human safe 3D body scanning technology will be used for measurements.

Indiasize will make Indians aware of their perfect fits and sizes as per their body types. It will provide branded clothes with perfect fittings. As per Noopur Anand, PI, INDIAsize project, the project will help retailers and manufacturer produce customized merchandize for Indian body types. So far the project has collected over 3/4 of target sample framework of various demographics of age, region, sex, income and community. It will compile and categorize this data shortly following which it will be analyzed and prepared into a report. After completion in the Southern region, the project has been launched in other cities like New Delhi, Mumbai & Chennai. It aims to measure approximately 2,400 people of various age groups in Hyderabad, of which it has already measured 2,330 so far.

Shantmanu, Director General, NIFT informs, INDIAsize is progressing well. It has completed the scanning process in North, West, South region and is currently being done in Central Region. The project team has succeeded in collecting 75 per cent data despite challenges. To be completed by this year-end, the project will provide the Indian apparel Industry with the much awaited standardized body size charts.

Gaurang Shah, Textiles and Fashion Designer, adds, the INDIASize project will help designers and manufacturers minimize inventory waste and expenses on returned goods and improving sales. In turn, this will help reduce final prices paid by the consumers.