Among the various techniques on display is, ‘Tatting’, an artisan textile technique that demands precision and creativity at once. It is a series of knots and loops that make an incredible, durable and decorative lace. Due to its wide adaptability, tatting lends itself to be applied to multiple creations and objects: doilies, collars, veils, trousseau, curtains, and other decorative and fantasy pieces. Rarely used in industry, the craft is rare and is principally a meditative leisure activity with proven stress-relieving capabilities.

Parsi embroidery is another unique technique occupying a prominent place in the Indian textile tradition. The Parsis, are exiled Iranians who have been living in India since the 8th century to escape persecution and freely practice their religion  derived from Zoroastrianism. 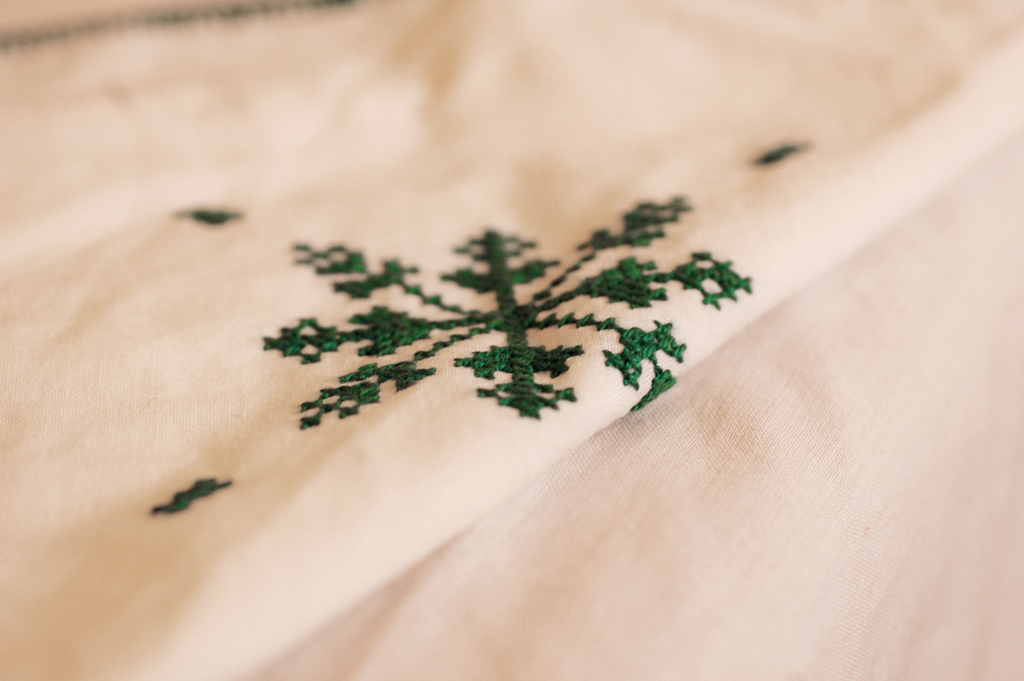 By the mid 19th century, the Parsis initiated trade with China. They travelled to Canton to sell cotton, and then establish trade with pherias, Chinese artisans, who in turn sold those pieces of sophisticated embroidery, intended to decorate the edges of the saris worn by high society women. Consequently, some Parsi women learned the technique and combined it with elements of their own culture, the technical and aesthetic influences sometimes from the east and sometimes from the west, thus creating a new, multicultural product.

The patterns, which are highly symbolic, illustrate this great variety: phoenix, pagodas, peonies and chrysanthemums reflect its Chinese origins; Chakla Chakli (juxtaposed birds), lilies, jasmines and cypresses – symbols of life and eternity – refer to Persia, while peacocks and lotuses are attached to the sub-continent which adopted it. This hybridization also permeates the technique, a blend of the (most common) passed flat stitch, the knot stitch, and the famous ‘forbidden stitch’ (Khakha), whose complexity is such that those who work on it become blind.

Another embroidery technique called Terz El Ghorza is a needlepoint technique realized on stretched canvas and currently practiced across the country. The embroiderer creates a drawing progressively, such as a labyrinth of crosses, diagonal ornamentation, or geometrically-stylized flora, which are repeatable and could continue forever. With this technique it is nearly impossible to distinguish between front and backside, as the motifs appear identical on the two faces. The result is regular and without knots. It adorns the borders of home linens or inversely the centre of cushions, filling empty spaces like a large delicate ornamental tree.

Generally rendered in one colour, blue, black, emerald green, dark red on ecru or white cotton, this embroidery is sometimes produced in bi- or tri-colour varieties, notably for decorative pillows. In each city, the repertoire of motifs and colour associations is specific, having developed regionally, allowing experts to determine the geographical origin of a given work.