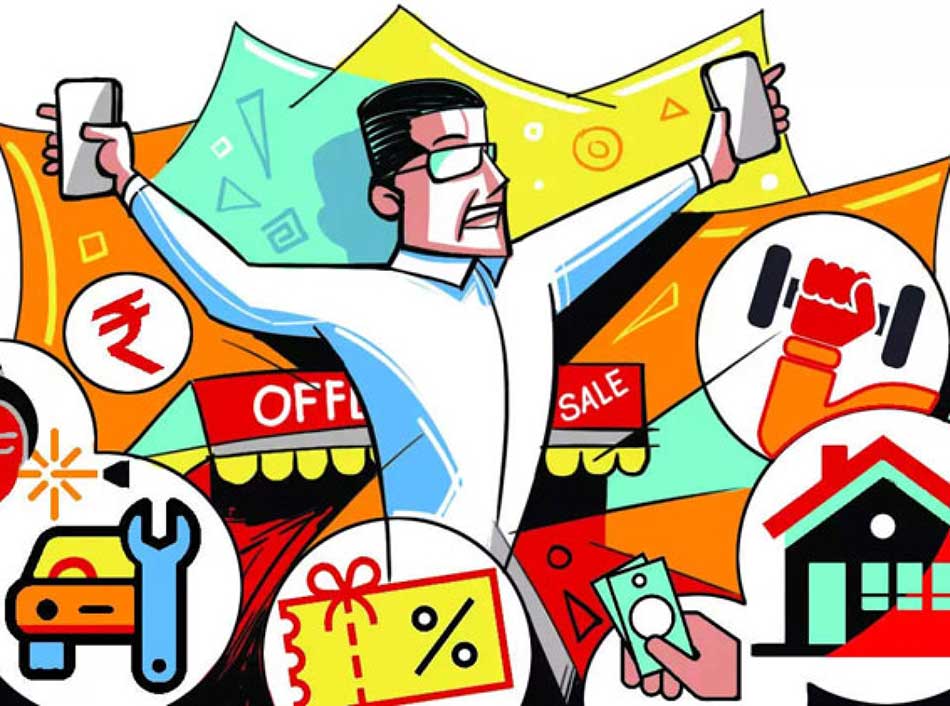 Apparel retail has started buzzing again with prices increasing in both India and globally. The apparel and footwear segments in India are growing in double digits with offline retailers’ revenues rising almost 25 per cent this year, as CRISIL report indicates. Encashing on this, Indian apparel retailers are setting up new stores besides exploring new formats. Retailers are increasing their store count by 15 per cent this year, opines Pankaj Renjhen,COO & Joint Managing Director, Anarock Retail.

Apparel retail has so far remained unaffected, despite inflation in fuel and other commodities leading to a price rise across categories. Sales in discretionary segments such as fashion and jewelry, have surged past COVID levels.  A survey by the Retailers Association of India in May 2022 shows, retail sales in India jumped 23 per cent increase in April compared to the pre-pandemic period. Apparel brands including Shoppers Stop and Aditya Birla Fashion and Retail have announced plans to expand their physical store network. Shoppers Stop plans to open 20 small sized stories and 20 beauty stores over the next two years.

Likewise, Indian Terrain plans to expand in Tier I and III cities. Aditya Birla Fashion and Retail (ABFRL), is also looking to add over 100 new stores of Ethnicwear and Pantaloons annually.

Meanwhile, many international brands are also opening large-format stores outside metros. Japan’s Uniqlo is now opening new stores in Tier-II cities, while brands like, Zara and H&M have been expanding in other Indian cities. German footwear brand Birkenstock plans to open 25 outlets while Italy’s Pianoforte Group aims to launch 20 stores each of the Yamamay and Carpisa brands.

The pandemic has made mall space cheaper by around 20 per cent and the trend is likely to continue in 2022, says Kirti Khosla, Marketing Agent, Pianoforte, which is expanding its Yamamay and Carpisa stores. Similarly, DLF Malls is adding 130 unique brands across its retail and F&B categories in Delhi-NCR. The developer is seeing a heavy demand in athleisure and beauty segment, says Yogeshwar Sharma, DLF Retail - International.

And not just India, 2022 has been a good year for fashion retailers across the globe. Sales revenues of apparel retail in US increased 36.37 per cent over 2020. Growth continues in 2022 with apparel retail sales surging 13.76 per cent in January to April ’22 to $81 billion, as per OTEXA, reports.

In fact, the first quarter income of Macy’s, the reputed clothing giant, grew 178 per cent to $286 million owing to its Polaris turnaround strategy. Sales rose 13.6 per cent to $5.3 billion. Similarly, the sales of Abercrombie & Fitch Co grew 4 per cent to $813 million.  Guess saw its first quarter revenue surge 14 per cent to $593.5 million – all thanks to licensing sales and Americas wholesale revenues..

In 2014, when Mark Zukerberg acquired the virtual reality platform Oculus for Facebook, no one knew what would follow. Leap... Read more

Textile exporters in Pakistan are still waiting for their Christmas orders. A buying freeze abroad has hit all segments, from... Read more

Apparel, footwear to be ‘deprioritized’ with consumer shift in purchases in 2023…

The much-awaited ‘The State of Fashion 2023’ report launched on the second day of the annual gathering of industry experts... Read more

Consumers can look forward to lower apparel pricing in 2023

Every cloud has a silver lining and industry analysts are predicting good things for 2023. After rampant inflation in 202,... Read more

Year 2023 shows a greater acceptance and following of gender-fluid fashion as detailed research in the just published Business of... Read more