"Out of the men who bought clothes in the last year, 28 per cent bought sportswear, compared to just 12 per cent who bought a suit. Men aged 35-44 are the most likely to have bought sportswear over the past year, with one third (33 per cent) doing so. Young men prioritise product quality with 54 per cent of 16-24s considering this the most important factor when buying clothes from a particular retailer, versus 49 per cent of those that look for low prices." 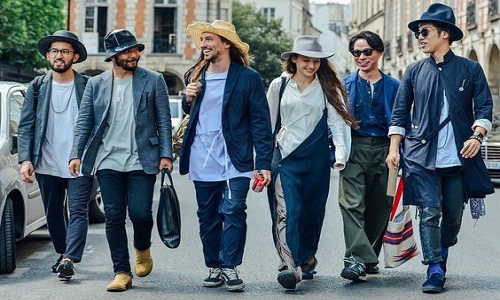 Meanwhile, in 2015, the market for womenswear was valued at £26.9 billion. Sales of womenswear are expected to grow by 17.4 per cent between 2015 and 2020 to reach £ 31.6 billion. According to Senior Fashion Analyst at Mintel, Tamara Sender, in response to men showing a greater interest in their appearance, retailers are expanding menswear ranges, and more designers are debuting men’s clothing collections. As a result, the menswear market is reaping the rewards and growing at a faster rate than womenswear. However, as spend on clothing is increasingly competing with other areas, clothing retailers will have to work harder than ever to encourage men to part with their money. Tactics such as focusing on more stylish clothes for all ages, offering a wider range of larger sizes, and combining retail with leisure to create destination shopping venues should prove successful for retailers moving forward.

Men more inclined to buy clothes in-store than women Over the last year, 95 per cent of men aged 16-24 have bought clothes for themselves in-store, compared to 91 per cent of women the same age. The research indicates that there has been a rise in the youngest male consumers purchasing online. Nearly three quarters (74 per cent) of men aged 16-24 bought clothes online in 2015, up from 70 per cent in 2014.

Out of the men who bought clothes in the last year, 28 per cent bought sportswear, compared to just 12 per cent who bought a suit. Men aged 35-44 are the most likely to have bought sportswear over the past year, with one third (33 per cent) doing so. Young men prioritise product quality with 54 per cent of 16-24s considering this the most important factor when buying clothes from a particular retailer, versus 49 per cent of those that look for low prices.

Plus size offers opportunities for growth

The research reveals that close to one fifth (17 per cent) of male clothes shoppers want better availability of clothes in larger sizes when shopping in-store, peaking among men aged 25-34 (21 per cent).

As per the research, older men aged 45-54 (50 per cent) show above average interest in the style of clothes when shopping compared to 47 per cent of consumers overall. Adds Tamara, whilst more mainstream retailers are entering the plus-size market, there is still a gap in the fashion focused menswear retailers to expand their ranges to include larger sizes.

Compared to women, overall men remains low while purchasing of fashion accessories, young men are more likely than average to have purchased these items: one in ten (9 per cent) men aged 16-24 bought costume jewellery in the 12 months to October 2015.

According to the research 28 per cent of men are interested in styling tips and 24 per cent in a personal shopper or stylist to help them decide what to buy. As the latest retail technology becomes more sophisticated and retailers invest in the back-end capabilities to support it, innovations such as smart fitting rooms, advanced payment technology and online sizing tools have the potential to drastically improve the shopping experience in-store and online. More retailers are looking to introduce the latest payment technology, which can also help reduce long queues at checkout as this is the main factor that men would like improved when shopping in-store, Tamara concludes.

Founded in 1972, Mintel is world’s leading market intelligence agency, with offices across the world.

Though earlier fashion brands maintained stoic silence about the existence of labor camps in Xinjiang for fear of businesses being... Read more

The American fashion retail industry was left in a shock as COVID-19 forced overseas factories to shutdown. Retailers were left... Read more