Vietnam-EU FTA to create history after seven years of wait

"The European Union and Vietnam are moving closer to clinching the Europe-Vietnam Free Trade Agreement (EVFTA) after nearly seven years of negotiations. The long-sought deal will boost Vietnam’s economic growth by nearly 8 per cent by 2025. As per the terms of the deal, Vietnam’s ruling Communist Party will accept certain liberalising reforms, namely those related to labor rights and environmental policies." 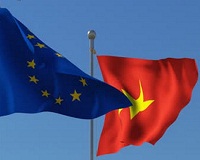 The European Union and Vietnam are moving closer to clinching the Europe-Vietnam Free Trade Agreement (EVFTA) after nearly seven years of negotiations. The long-sought deal will boost Vietnam’s economic growth by nearly 8 per cent by 2025. As per the terms of the deal, Vietnam’s ruling Communist Party will accept certain liberalising reforms, namely those related to labor rights and environmental policies.

The EU negotiators have been delaying this trade deal mainly to pressurise Hanoi to improve human rights and liberties in areas beyond the EVFTA’s provisions. This will include the mass release of political prisoners, currently estimated at more than 100. European negotiators also plan to press for more religious and online freedoms, the latter being a particular concern since an intrusive new cyber security law came into effect on January 1.

If the European Parliament fails to vote on the EVFTA before April 2019, it could be delayed until later this year. The Council 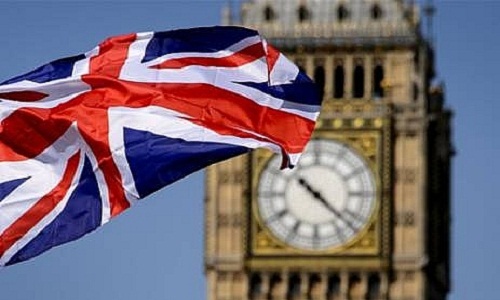 must accept the agreement before it is proposed in the Parliament.

EVFTA, a boost to Vietnam’s GDP

The EVFTA is arguably just, if not more, important to Vietnam than the CPTPP and RCEP combined. As a Trade Sustainability Impact assessment conducted by the EU several years ago indicated the EVFTA could increase Vietnam’s GDP by as much as 15 per cent after the deal’s adoption, though the current percentage is expected to be slightly lower. The trade deal with Vietnam is effectively split into two. The EVFTA involves only terms and issues that the EU has exclusive say over. A separate EU-Vietnam Investment Protection Agreement (EVIPA), however, involves trade regulations that concern individual European member states, all of which must vote on the agreement.

Because of the split, the two deals are likely to be ratified at different times, with the EVIPA expected to take much longer to finalise. But the most important trade-promoting provisions and regulations for Vietnam are contained in the EVFTA. In mid-October, the European Commission finally agreed to both the EVFTA and EVIPA, and sent them to the European Council for consent. But progress has been slow, and while the EVFTA was expected to be agreed by the Council last month, it could now be postponed until after European elections.

Analysts are split on whether this delay will be good for Vietnam. Polling projections show, if voting is delayed until after May, it will certainly frustrate eager Vietnamese politicians and businesses. In anticipation of the EVFTA, Hanoi has laid out a timetable for ratifying International Labor Organization (ILO) conventions it has not yet signed.

The city will introduce a reformed Labor Code by October 2019. It is also adapting its laws to mirror the ILO’s core convention on collective bargaining, forced labor and freedom of association. Vietnam’s full ratification of these labor rights reforms is expected by 2023.

In September, a group of 27 European parliamentarians wrote in an open letter that Hanoi must further improve its human rights situation if it plans to accept the trade deal. They called specifically for a repeal of the most egregious part of Vietnam’s penal code, which makes any criticism of the Communist Party a criminal offense punishable by lengthy jail terms. European parliamentarians have also called for the end of Vietnam’s death penalty. They believe that the trade deal will advance the EU’s wider ambition to reach a free trade deal with the ten-member Association of Southeast Asian Nations bloc.