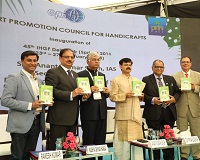 The fair is being held from 23rd to 27th February, 2018 at state-of-the art India Expo Centre, Greater Noida.

Anant Kumar Singh said “Handicrafts sector plays a significant and important role in the country’s economy. It provides employment to a vast segment of craft persons in rural and semi urban areas and generates substantial foreign exchange for the country while preserving its cultural heritage.” 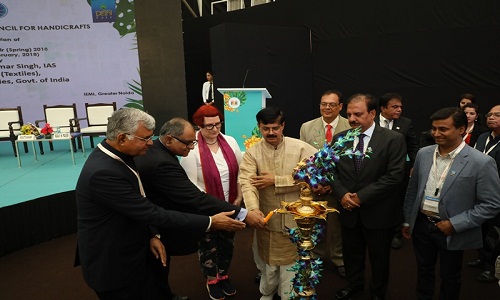 He further elaborated that the Ministry of Textiles has implemented various projects to provide assistance to craft persons and exporters. The growth in exports ultimately results in generation of employment in this decentralised sector of the economy and improve their living standards.

The Secretary shared his experience during his visit to Ambiente 2018 in Frankfurt that he found that products displayed there by over 400 handicrafts exporters were not less than the best in the world and noted that Messe Frankfurt has declared India as a partner country for Ambiente 2019.

Rakesh Kumar, Executive Director – EPCH revealed that overseas buyers from over 103 countries worldwide is visiting the five days extravaganza. He disclosed that EPCH in its efforts to bring hidden treasures from different craft clusters, have set up theme pavilions of products from Jammu & Kashmir, the North Eastern Region and Jodhpur during the show.