Made in US gaining momentum with faster delivery & customization

"The lost sector seems to be back to its roots with textile manufacturing gaining momentum owing to faster delivery requirements as well as customisation. Reshoring Initiative data reflects it ranks number six in industries that have reshored with 17,166 jobs by 287 companies since 2010. Local sourcing is meeting the needs of today’s ‘on-demand’ apparel consumers." 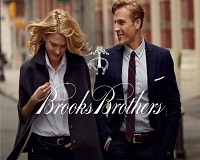 The lost sector seems to be back to its roots with textile manufacturing gaining momentum owing to faster delivery requirements as well as customisation. Reshoring Initiative data reflects it ranks number six in industries that have reshored with 17,166 jobs by 287 companies since 2010. Local sourcing is meeting the needs of today’s ‘on-demand’ apparel consumers. 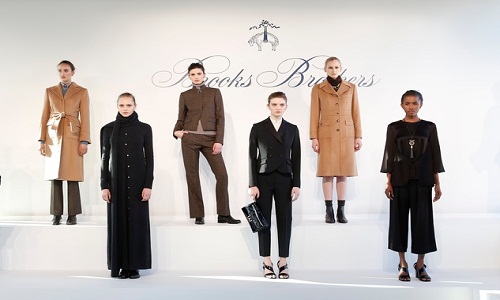 For clothing startups, local for local i.e. reshoring enhances efficiencies with smaller  batches, offers greater flexibility for customization and style changes and speeds delivery to customers. Yogasmoga, a three-year-old startup, was initially motivated to manufacture in the US to develop their technical performance fabrics and protect intellectual property. Rishi Bali, Founder & CEO, saw local manufacturing is the only way to monitor quality, overcome communication issues and have the flexibility to quickly scale up his business. Because of this, he is able to meet demand much quicker.

Buck Mason, Sasha Koehn's and Erik Schnakenberg’s apparel startup, set up their manufacturing unit for T-shirts, jeans and button-downs in LA. They were able to manufacture their first batch of T-shirts for just $5,000 locally. They estimated that overseas travel to simply research an offshore factory would cost about that amount. Close proximity made production easier to manage and ensured against risky, unethical workforce practices that could potentially damage their brand.

Brooks Brothers, a clothing manufacturer in the US since 1818, reshored 70 per cent of suits from offshore locations due to rising wages, quality issues and lead-time. Reshoring increased employment from about 300 to 530 workers at their Haverhill, Mass. plant. They produce about 6,000 button-down shirts weekly at their Garland, NC factory, which employs about 200 people. John Martynec, Sr. VP-manufacturing, elaborated design and production teams work closely to be more responsive to changing trends with increased flexibility and much shorter lead times. If there's a need in the marketplace, the company can respond quickly. They are looking into converting their factories into duty free sub-zones.

Kevin Plank CEO, Under Armour converted a former South Baltimore bus garage into an innovation center called ‘City Garage’ with an aim to bring manufacturing back home. Located inside City Garage is Under Armour’s UA Lighthouse, a 35,000-sq. ft. design and manufacturing center. In addition to a home for UA Lighthouse, Plank’s vision was to create a maker space for entrepreneurs and startups. The idea is to bring design and manufacturing under the same roof to drive innovation and collaboration, attract talent and shrink the supply chain to deliver products to consumers faster and more efficiently. They found that design, prototyping and production were reduced from 18 months to just 4 months.

Walmart has commited to source an additional $250 billion in products made, assembled or grown in the US over 10 years ending 2023. The Reshoring Initiative estimates that amount of purchases will create about 250,000 US manufacturing jobs. According to Walmart research, manufacturing goods closest to the point of sale allows for quicker turnaround time from factory to shelf.

No nonsense brand made by Kayser-Roth launched a ‘Sock Initiative’ in cooperation with Walmart. With an investment of up to $28 million in its existing facilities in Burlington and Asheboro, N.C, the collaboration increased domestic production and created about 100 US jobs. The initiative enabled No nonsense and Walmart to offer more America-made products to consumers.

With the growing expanse of e-commerce and new technologies like sewbots and 3D printing, faster delivery and customisation are becoming increasingly important to the fashion industry. US-based Ziel, an on-demand manufacturer, fulfills orders in quick rotation. They are a turnkey service offering design, manufacturing, and online/offline sales to activewear brands. Marleen Vogelaar, CEO & Founder, Ziel, stated it’s retail as a service for smaller and midsize brands. Cutting, dying and sewing are all done from a few different factories throughout the US. There are no minimum orders and lead-time is under 10 days.

According to a recent nationally representative study by Consumer Reports, almost 8 in 10 American consumers say they would rather buy an American-made product than an imported one, and more than 60 per cent say they are even willing to pay 10 per cent more for it. Americans believe that US-made products are more reliable (84 per cent), they want to keep manufacturing jobs at home (88 per cent), to help the economy (87 per cent) and to keep America strong in the global economy (84 per cent).