Constrained by a slowdown in global economies and growing trade uncertainties, the International Monetary Fund revised its economic outlook in July 2018 from 3.9 per cent to just 2.9 per cent in January 2020. As per Textile Network, the IMF report cites weakening of large emerging markets and geopolitical tensions as some of the reasons for this deceleration in machinery investments and household consumption.

Adverse business conditions affected the textile value chain as global fiber supply was mostly dominated by spunlaid nonwovens. The total supply of these nonwovens accounted for 120 million tons, while the cultivation of natural fibers decreased by 3 per cent to 32 million tons. Cotton output declined to 26 million tons and wool output fell by 1 per cent. The supply of other natural fibers remained stable.

The supply of viscose staple fibers, including modal and lyocell increased, by 8 per cent. Though the supply of filaments declined slightly; acetate tow 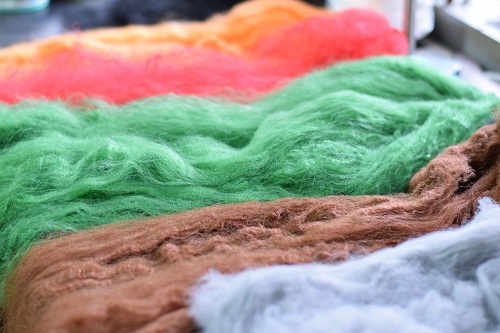 experienced modest growth. Supply of synthetics grew 5 per cent while that of acrylic and polypropylene fibers weakened. Growth of small-scale fiber segments like aramid, carbon and spandex fibers decelerated.

Registering a decline for the tenth straight year, growth of natural fibers fell to 3 per cent in 2019. This was primarily owing to reduced cotton production in the 2018-19 season. Global supply of cotton declined from 7 per cent in 2018 whereas manmade fibers grew over 6 per cent with synthetics, especially polyester advancing by 5 per cent.

As per the report, textile and clothing trade of 60 countries, including their extra shipments to the EU, reduced in 2019. Exports declined by 1.3 per cent while imports fell 1.7 per cent. Chinese exports softened by1.9 per cent to $272 billion as its apparel shipments dropped by 4.0 per cent to $151 billion.

Textile imports from Vietnam, Myanmar, Cambodia and Brazil increased by 6 per cent, 23 per cent, 10 per cent and 38 per cent respectively. Brazil became the second largest cotton exporter during the year and its position is expected to improve in 2019-20 season as projected in ICAC’s July release for production, exports and ending stocks.