The pandemic and lockdowns disrupted both sales and supply chains across the world. Besides store closures, the Western world also faced problems with supplies especially during the early phase of COVID-19. For example, over 40 per cent apparels sold in the US are sourced from China and 90 per cent are sourced from across the world. And when lockdown forced manufacturing units to shut down especially in China, brands and retailers both in the US and other markets had to deal with production delays for weeks. Indeed, such disruptions have prompted many companies to look at shifting supply chains nearer home.

In fact the idea of near shoring gained steam in the US, especially during President Trump’s time with trade sanctions against China and focus on ‘Made in the USA’.

Near shoring an easier option

As per a report by thefashionlaw.com an EY study done in April 2020 revealed almost 83 per cent MNC executives are looking at ‘reshoring’ supply chains. 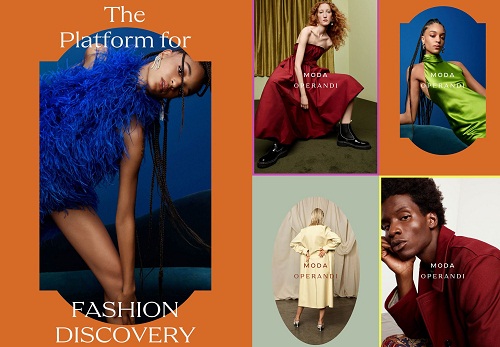 Similarly, sourcing and supplier discovery platform ThomasNet in its report assessing the impact of the pandemic on manufacturing clearly highlights the emphasis on reshoring. The report suggests, in July two in three (69 per cent) manufacturing companies were contemplating bringing production back to North America (compared to 54 per cent in February).

The thefashionlaw.com report goes on to add “The potential for a surge in reshoring efforts in the US (and beyond) would prove striking for fashion industry entities.” At a time when many top brands are already manufacturing in the US, the domestic fashion industry largely depends on sourcing garments and accessories from across the globe. “With that in mind, a shift back to the US would bring an increased emphasis on the ins-and-outs of ‘Made in USA’ labeling, an area that is expected to be subject to increased attention and enforcement.”

The legal tangle on false claims

The fashionlaw report indicates, the FTC has been facing false and misleading ‘Made in USA’ claims for years. “According to Frankfurt Kurnit Klein & Selz PC’s Jeff Greenbaum, who notes that the government agency’s announcement in June 2020 that it is considering codifying its rule that companies market a product as ‘all or virtually all’ made in the US must be able to substantiate such claims.”

In fact, there have been many judgements on false claims of ‘Made in USA’. In December FTC enforced a whopping $1.2 million fine against a Georgia-based adhesive giant for selling glue products with ‘Made in the USA’ claims which indicated the complete product was made in the country while in realty over 80 per cent of materials costs and over half of overall manufacturing costs for the products were from abroad. The fine indicates the FTC is aware of how the system is being sidelined and the consequences could be high for the erring party.

Under the new administration with President Joe Biden, emphasis on labelling will be a priority. In the September 2020, Biden had indicated they want to ‘end false advertising’ relating to ‘Made in USA’ claims and come down on “companies that label products as Made in America even if they are coming from China or elsewhere.” A clear indication enforcement on ‘Made in USA’ claims will increase in the near future.

And as the fashionlaw report sums up, companies are therefore, “encouraged to brush up on the various labelling rules at play – from the difference between country-of-origin rules imposed by Customs and Border Control and the FTC’s.”