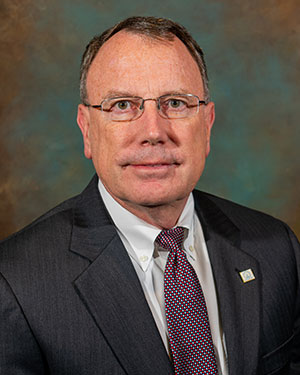 Richard L. (Ricky) Clarke, III, a merchant from Cordova, Tenn., will serve as president of Cotton Council International (CCI) for 2020.CCI is the National Cotton Council’s (NCC) export promotion arm and carries out programs in more than 50 countries globally under the Cotton USA trademark.

Clarke, who moves up from CCI first vice president, succeeds Hank Reichle, a cooperative official from Greenwood, Miss., who becomes CCI board chairman. Clarke, Reichle and other CCI officers were elected at CCI’s board meeting during the NCC’s 2020 Annual Meeting held February 14-16 in New Orleans, Louisiana.

“I look forward to leading CCI in its mission of making U.S. cotton ‘The Cotton The World Trusts’ for mills, manufacturers, brands, retailers and consumers worldwide,” Clarke said. “Cotton USA promotional events in 2020 will continue to educate this audience and stimulate U.S. cotton sales via networking opportunities throughout the global supply chain.”

Elected as CCI directors for 2020 were: George G. LaCour, Jr., a ginner from Morganza, La.; John C. King, III, a merchant from Helena, Ark.; Neal Isbell, a producer from Muscle Shoals, Ala.; and John F. Lindamood, a producer from Tiptonville, Tennessee.