Bigger may not be better in case of the textile and apparel industry; especially during the current unprecedented times. And as Md. Eousep Novee argues in the article ‘Rightsizing the textile and apparel industry to make business sustainable’ published in TextileToday, the industry needs to tame its desire for expansion and focus on rightsizing its businesses to combat the current critical situation, say experts. In the last 10 years, many textile and apparel factories in Bangladesh have fallen into the ‘capacity expansion trap. Lured by the desire to expand production and manpower capacity, these once profitable factories are now incurring excessive fixed costs and executing orders at loss only in a bid to survive.

Many of these factories also failed to pay their monthly installments with high interest rates of interests. Even those who did not borrow from banks suffered due to the existence of bank burrowers as they had to take orders with the minimum price to counter competition. Over 90 textile and apparel companies burrowed money from the stock market in the last 10 years. Most of these companies now face losses as their expansion plans failed miserably. 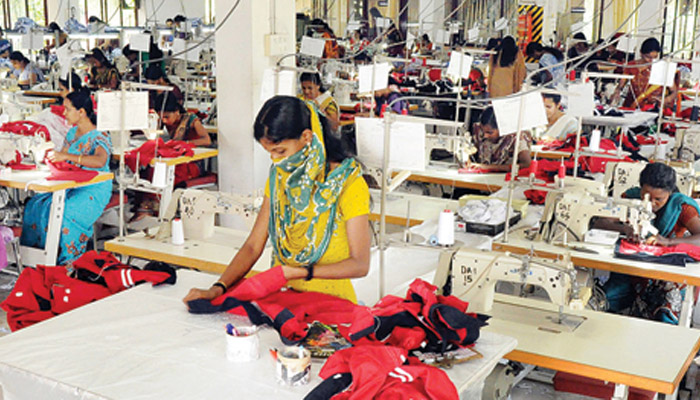 decreasing them. Also, the proportion of returns from additional capacity is quite variable. Hence, factories need to be compact rather than composite in their pattern of expansion.

A case in point is the US-based Boston Market Franchise, which was compelled to close 200 of its 900 stores in 1998 due to poor sales. To ensure positive returns, factories, need to time their investments wisely. They should avoid investing once the rate of increase of their returns starts diminishing.

Some of the earlier capacity expansion decisions were taken with a view to improve the efficiency of their supply chains. Companies believed that adding allied and related production units could boost their efficiencies.

However, their decisions failed to fetch positive outcomes as their expanded units required independent supply chains. They needed new factories to produce accessories which in turn required a separate supply chain for procuring raw materials.

Managing an expanded business requires rightsizing to make it more sustainable Factory owners and management CEOs must adopt rightsizing to ensure investment security and profitability of their businesses.

COVID-19 is leading to a reevaluation of the luxury business model in India. With the luxury market expected to contract... Read more

Constrained by a slowdown in global economies and growing trade uncertainties, the International Monetary Fund revised its economic outlook in... Read more

Labor related issues are becoming routine in the global fashion world. As a report in Fashion Law points out, last... Read more

The COVID-19 pandemic has disrupted apparel supply chains across the globe with companies now trying to balance their operational skills... Read more

Athleisure shopping for pregnant women is a complicated exercise as it involves searching online discussion forums for recommendations and testing... Read more

A digital-physical combine will help trade shows survive the pandemic

With the direct-to-consumer model and digitization diminishing their importance, physical trade shows suffered even before the pandemic. A Business of... Read more

US apparel groups unite to ban forced labor in Xinjiang

Apparel groups in the US apparel have requested US Customs and Border Protection (CPB) department to block imports of China-made... Read more