Ethiopia can emerge as a hot sourcing destination

Walmart, H&M, VF, PVH, J.C. Penney, Levi Strauss, Kik, Tesco to Asda, among many others are now turning to African nations like Ethiopia and Ghana for their apparel sourcing needs. Reason: low monthly wages, which are one third of wages earned by workers in Bangladesh. Experts believe importing countries should make sure that factories they source from are following workers’ safety, compliance as well as minimum wage issues. However, the situation seems to be opposite of what these big western apparel brands and retailers should be following. 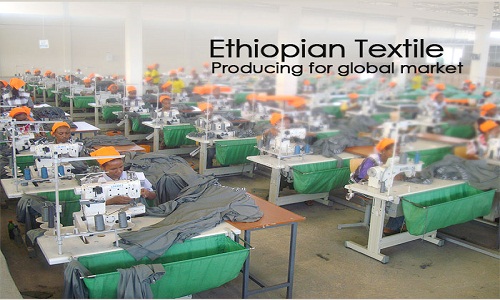 While there has been unrest and propaganda over increasing minimum wages of apparel factory workers in countries like Bangladesh, Sri Lanka, India and Cambodia, there is no rulebook followed as far as minimum wage are concerned in countries like Ethiopia. So while a worker in Bangladesh earns $68, in Ethiopia, its just $23 a month.
Country Reports on Human Rights Practices for 2014 state that the largest group of wage earners in Ethiopia earned a monthly minimum wage of 420 birrbirr, which is around $23, for a 48-hour work week and $43 in Ghana. Wages in Bangladeshi factories, on the other hand, are significantly higher due to constant agitation by the garment workers as well as the international community.

Even in Cambodia, last year, leading international fashion brands such as H&M, Inditex, C&A, N Brown, Tchibo, Next Retail, Primark and New Look, indicated that they are willing to pay higher rates for garments made in Cambodia if the government decides to increase minimum wage rate for garment workers after agitated Cambodian garment factory workers launched a new campaign seeking an increase of their monthly minimum wage to $177 from $100 effective 2015.

With global brands shifting their attention to African countries for sourcing requirements, and Africa being a major cotton producer is one of the few places in the world, garment makers can establish the entire supply chain from fiber to factory in one location.

With the help of global brands and government, Africa can look into resolving the challenges and emerge a strong sourcing destination, before it faces Bangladesh-like situation.