The Latin American luxury sector is in a vulnerable state. Latest Euromonitor projections estimate, personal luxury goods sector in countries such as Brazil, Mexico and Argentina is likely to contract by approximately 6 per cent, 4 per cent and 3 per cent respectively. The World Bank also estimates economic activities in Latin America and the Caribbean region to drop by 7.2 percent of GDP.

Hence, luxury players in this region now pin their hopes on new or revised free trade agreements (FTAs) between Latin American countries and the EU and US. FTAs may shield the luxury sector in these countries from the damage caused by the pandemic and consequent global recession. Some analysts even hope these FTAs could boost consumption.

Opportunity to for double digit growth 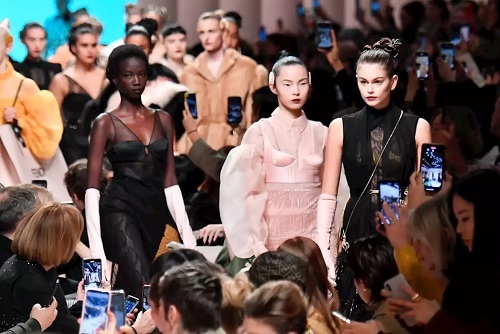 Partners and Former Regional Director, Ferragama-Latin America, believes the agreement enables Latin American luxury sector to grow by around 30 per cent besides cutting tariff peaks of 35 per cent down to zero on clothing and textiles.

However, the deal is currently mired in controversies due to Brazalian President Jair Bolsonaro's disregard for the Amazon rainforest. Bolsonaro’s controversial stance on a number of issues has made it unlikely for the agreement to be finalized in the near future.

Like the EU-Mercosur FTA, the EU-Mexico FTA could also revive the confidence of Mexico's business partners, believes Luis Huacuja, Academic and Consultant- Politics and International Law. Not only would the deal facilitate free trade on all non-farming goods including fashion product but also enable European and Mexican firms to invest in each other’s markets including the luxury sector. The deal is likely to be commercialized within a year as it needs to be signed off by the European Parliament.

Most of these FTAs aim at reducing tariffs in the luxury sector. However, they should also focus on the taxes in countries like Brazil, Argentina and Chile, says Paulo Chiele, Director, PRC Luxury Consultancy. Stecchi believes the elimination of local taxes will reduce production costs for luxury brands in these countries. However, brands should maintain prices and not lower them to preserve their value in consumer’s eye.

Another factor that complicates harmonization of prices in these countries is volatility of their currencies. With the pandemic making local currencies weaker, prices of luxury products are likely to rise by as much as 20 per cent in Mexico and 10 to 15 per cent in Brazil.

For quicker recovery, luxury brands in Latin American countries should focus on growing their e-commerce operations, opines Stecchi. They should also emphasize on the quality of products, views Thiago Alonso de Oliveira, Chief Executive, JHSF Participações, the real estate firm behind Cidade Jardim in São Paulo and several other luxury shopping malls across Brazil. By nature, Latin Americans are indulgent shoppers, says Fabian Hirose, Strategy & Development Management Consultant. They like to enjoy their shopping experiences and their consumption culture cannot be eradicated so easily.