"The expectation was that post Rana Plaza tragedy, that killed at least 1,132 people and injured over 2,500 in Bangladesh, the global garment manufacturing industry had woken up to the social and environmental hazards of fast fashion. However, six years later, little seems to have changed as many workers are still being subjected to dehumanising treatment, poverty wages, and gender-based violence at work." 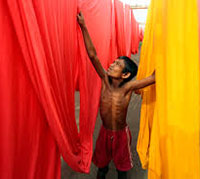 The expectation was that post Rana Plaza tragedy, that killed at least 1,132 people and injured over 2,500 in Bangladesh, the global garment manufacturing industry had woken up to the social and environmental hazards of fast fashion. However, six years later, little seems to have changed as many workers are still being subjected to dehumanising treatment, poverty wages, and gender-based violence at work.

One of the important outcomes of the Rana Plaza tragedy was the establishment of legal the framework Accord on Fire and Building Safety in Bangladesh. A groundbreaking agreement, Accord codified a legally binding and comprehensive set of standards for fire and building safeguards, and mandated measures for inspection, remediation, and ongoing monitoring of the workplaces that make up the base of multinational supply chains. The agreement held over 200 multinational signatory labels like H&M, Esprit, and American Eagle accountable for the safety conditions of their supplier factories. It has till now renovated hundreds of factories and fixed innumerable workplace hazards ranging from faulty wiring to inadequate emergency exits.

As the International Labor Rights Forum (ILRF) notes, Accord staff has till date conducted 5,274 training 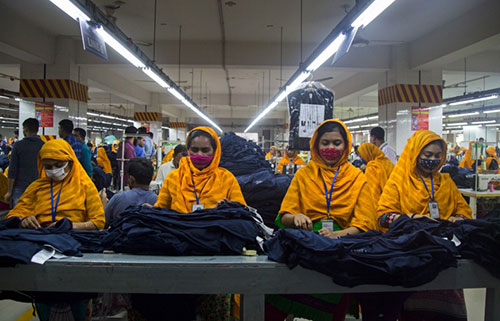 sessions, covering 408 factories, and resolved about 330 complaints through the Accord’s complaint mechanism. It has also created the AFL-CIO Solidarity Center which trains its staff with the aim of encouraging grassroots organising, using safety advocacy as a channel toward worker empowerment.

Transfer of control to highlight limitations

However, now the international body that administered it for the past several years is transferring control of its implementation to a public agency in Bangladesh. In May 2019, international labor groups inked a deal with the Bangladesh Garment Manufacturers and Exporters Association (BGMEA), granting it the entire control of Accord.

As per the agreement signed between the two parties, BGMEA will co-manage the remediation process through the Accord. However, this new development might underscore the limitations inherent in the joint management structure of Accord as the agreement has failed to create a business-friendly political class in Bangladesh. Though the Accord provides workers an opportunity to organise unions, it does not promote unionisation or collective bargaining. The 2018 extension of the Accord has stronger labor-focused provisions, such as protecting the right to refuse dangerous work.

Contrary to the Bangladesh Accord, which focuses on creating safer workplaces, the Indonesian garment industry endeavors to secure its union rights in its factories. Over the past decade, unions and local NGOs in Indonesia have worked with several large footwear brands to implement the Freedom of Association Protocol guaranteeing the right to organise. Covering an industry of about 1.4 million workers, the agreement was launched in 2011, sparked by a fair-labor protest campaign that coincided with the 2008 Beijing Olympics, and like the Bangladesh Accord, it operates as a binding contract for multinational brands like Puma and Nike.

A call to treat laborers with dignity

However, Indonesian employers are reluctant to comply with this agreement as many of them are subcontractors of the main factories that are official suppliers of the signatory brands. Even their influence in the collective-bargaining process is limited as the factory is dominated by a management-friendly union.

These struggles of Indonesian and Bangladeshi workers reveal the limitations of the supply chain in enforcing global labor standards through private agreements. Though for laborers, any legally binding agreement can help, it cannot fully overturn a regime built on global inequality. To ensure fair global labors standards, fashion industry across the world needs to treat its laborers with equality and dignity.