Retailers across the globe are reopening stores but continued rise in COVID-19 cases is dampening the spirits of consumers who now prefer to shop only for essentials through online sales channels.

In Brazil, 10 per cent of malls reopened in April, reported Bloomsberg. The country’s largest mall operator BR Malls reopened four out of its 29 Brazilian stores by May 22.  They also imported 104 cameras with infrared sensors to measure the body temperature of shoppers while Natura & Co tested drive-through and curbside pick-up in 30 shopping malls within Brazil.

The retailer also added beauty consultations via WhatsApp with all its brands which led to a 30 per cent surge in digital sales between mid-March and the end of April, revealed Brazilian e-commerce association ABComm.

One of the hardest hit by the Coronavirus, Italy began to reopen stores on May 18. However, as the country could reopen only one third of its stores, it is now offering inflation-linked retail bonds to investors as a way to jumpstart its suffering economy. However, e-commerce activities in the country increased by 81 per cent from February to April-end, reveals McKinsey.

The May report of Australian Bureau of Statistics reveals that retail sales in the Australia fell by almost 17.9 per cent in April after 8.5 per cent spike in March.  However, retailers benefitted using installment payment services. Fashion retailer the Cotton On Group was able to increase sales with its new app, iOS. 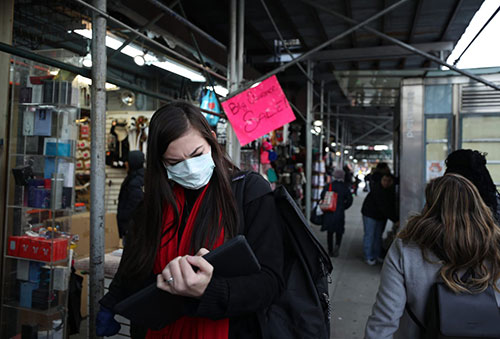 Instead of shutting their stores, retailers in Sweden simply emphasized on maintaining social distancing in stores and improving e-commerce activities. This led to a 39 per cent year-on-year decline in apparel sales in March in the country.

Global brands in some of the biggest malls in the country have temporarily closed  stores based on recommendations from other countries. These malls are seeing lack of visitors as more shoppers are moving online.

Retail sales in South Korea increase by 3.9 per cent

South Korea’s retail market was hit especially hard by a lack of international visitors due to the outbreak in China. However, now there are signs of bounce-back as in April 2020, retail sales amongst the country’s 26 largest retailers grew by 3.9 per cent year-on-year, notes, the country’s Ministry of Trade, Industry and Energy. Korea is also witnessing a switch in its shopping patterns from offline to online with online sales in the country increasing by almost 80 per cent.

A survey of more than 600 non-food retailers, conducted in mid-May by Handelsverband Deutschland, a German retail trade association, found that about a third of the retailers in the country are doing only 50 per cent of the sales that they were doing last year. This is mainly due to the different rules set by each of the 16 German states for their consumers.

As a result of over 270,000 confirmed cases and over 38,000 deaths, retail sales in the UK have fallen dramatically. The Office of National Statistics reported that the total number of goods sold in the country dropped over 18 per cent in April. On the other hand, e-commerce sales increased by over 30 per cent. Big retailers like Tesco and Sainsbury led this e-commerce growth. Their sales increased by double-digit percents last month.